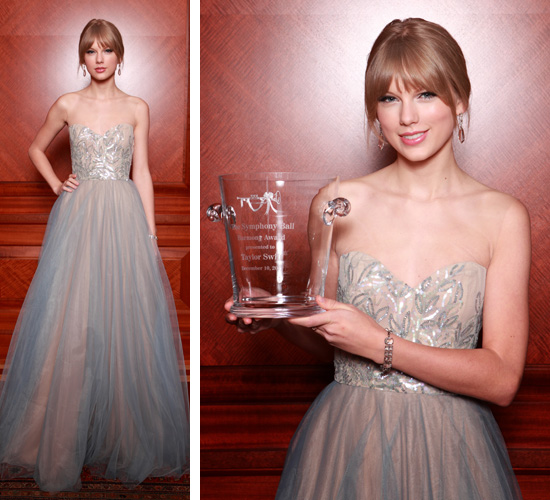 According to a press release from the event, Swift, a 4-time Grammy winner, was recognized for “exemplifying the unique harmony between the many worlds of music that exist in Nashville, and her significant contributions to the development and appreciation of musical culture.”

In addition to being named Billboard’s 2011 “Woman of the Year” and receiving this latest honor at the Nashville Symphony Ball, Swift was also named Entertainer of the Year by the Country Music Association in November.

More photos of Taylor Swift in Nashville are below: