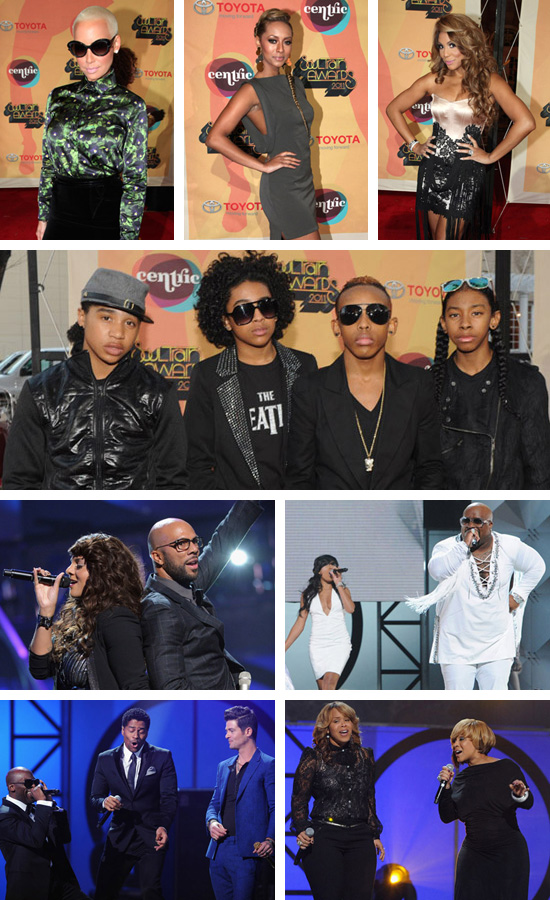 The 2011 Soul Train Awards were held in Atlanta at the Fox Theater last Thursday night (Nov 17).

The Soul Train Awards also paid tribute to the late Heavy D midway through the ceremony with a touching video of the rapper accepting a Soul Train award for 1990’s “Big Time,” and performances from Big Daddy Kane, Naughty By Nature, Kurtis Blow and Goodie Mob.

The 2011 Soul Train Awards will air next Sunday (Nov 27) at 9 pm on BET and Centric. Until then, check out over 30+ photos from the show and red carpet below!