In the new issue of New York Magazine, Star Trek and Heroes star Zachary Quinto comes out of the closet, proclaiming: “I’m a gay man.”

While talking about his role in the seminal play, Angels in America, which chronicles the early days of the AIDS crisis, Zachary calls it “the most challenging thing I’ve ever done as an actor and the most rewarding.”

And there you have it, the simplest Hollywood coming out to date.

No People Magazine cover, proclaiming: “I’M GAY” in giant pink letters. No snarky outing by the press (although Quinto’s sexuality is hardly a secret in Hollywood).

Simply a man mentioning his sexual orientation with the ease and quiet fanfare this act has becoming synonymous with lately.

Republished from: The Insider 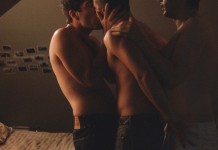