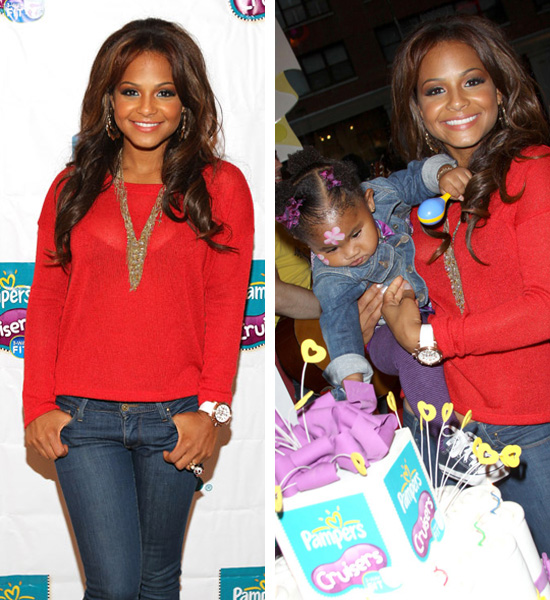 Inside, the singer/actress and her 18-month-old daughter Violet enjoyed sugary treats like gum and candy. Christina Milian recently told BET in an interview that she wants to have more children in the future.

She said, “I want to have more kids someday and I think I’ll get married again. I’m going to take my time though this time. It won’t be engaged in a month and married over night. But, who’s to say! You never know. I never thought at one time that I would’ve gotten married before and had a child, so you never know what the future will bring.”

Milian married producer/singer The Dream in 2009 and the couple divorced not even a year later in 2010.

Check out the pics of Christina Milian and Violet at Dylan’s Candy Bar in NYC below: