Most artists would literally kill to have longevity in the music business. One man who doesn’t have to go that far is iconic singing legend Tony Bennett.

After being in the business for 43 years and still going, Mr. Bennett is now the oldest living artist to grace the Billboard Charts. With his recent release “Duets II,” according to Nielsen Soundscan, the singer is set to take the Billboard 200 chart by storm next week as it has sold an impressive 25,000 downloads in its first week.

The late George Burns was holding the title when his song entitled “I Wish I Was Eighteen Again” hit the charts when ironically he was 84 years old and 2 months. But 85 year old Bennett managed to surpass Burns with his collaboration with the late great Amy Winehouse called “Body & Soul” which is sitting comfortably at the No. 87 spot on the Hot 100 chart.

Of his success, Bennett explains, “I never compromised. I always said: never do something just for a quick buck. Even if a song (wasn’t) a hit, it was well-written, with great musicians. That’s been the premise. “And, at 85, it’s just starting to pay off.” 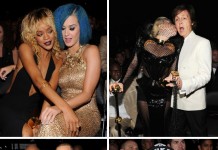 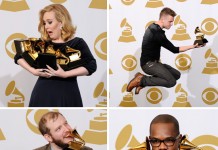