In a double whammy, it was also announced at the reception that the couple are expecting their first child together. “This is one perfect day !!” Eric later tweeted.

Testolini, ex-wife of music legend Prince, wore a one of a kind Monique Lhuillier gown while her new husband rocked a Lanvin tuxedo.

And a source joked to Page Six that Eric demanded a “retoss” after his daughter India’s boyfriend caught the bride’s garter belt.

Benet’s 18 year old daughter India’s boyfriend allegedly caught the bride’s garter belt when it was tossed. And as any father would, Benet immediately demanded a retoss!

Sounds like fun times. Congrats to the happy couple and the family! 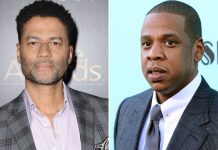 Eric Benét Claps Back at JAY-Z on Twitter for “4:44” Diss 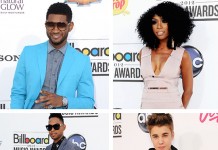