According to US Weekly:

Renee Zellweger and John Stamos went to Disneyland together on Monday, two separate witnesses tell Us Weekly. The 42-year-old actress and Stamos, 47, “were having a great time laughing and dancing as they walked from one ride to another,” one witness says. Zellweger and the Glee guest star “looked really close and both very happy.”

The duo “were trying to stay under the radar.” Stamos wore a white t-shirt and black baseball cap. “We recognized him immediately and asked him for a picture,” the fan says. “[He and Renee] were both very nice! She was definitely more shy.”

Not aware that Stamos’ companion was an Oscar-nominated actress, the fans asked Zellweger to take their picture with the Full House hunk. “We actually didn’t recognize her until they were leaving, and she handed my phone back to us!”

Another group spotted the duo (escorted by a tour guide) outside the Splash Mountain ride — and similarly asked an incognito Zellweger to take their photo with Stamos.

“She struggled a little bit trying to get a picture,” the second observer tells Us. “We didn’t even recognize  it was Renee until later!”

Zellweger split from Bradley Cooper in March 2011 after less than two years together. Stamos was married to Rebecca Romijn from 1998 to 2005. 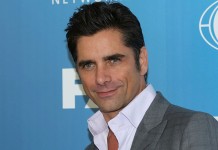 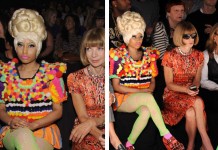