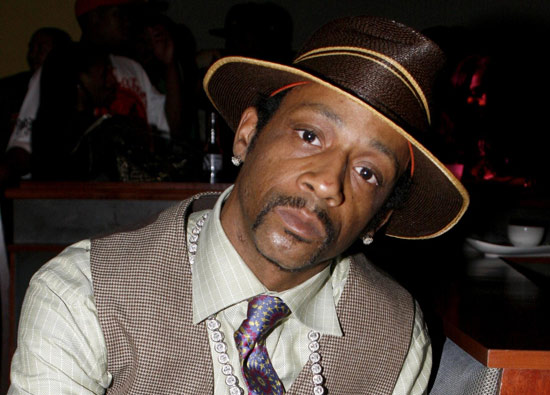 Katt Williams may not be crazy as everyone says after all.

The comedian recently gave a family a brand new dog after his bodyguard shot theirs in a Jack-in-the-Box parking lot in Arizona.

It all went down June 24 when Katt’s tour bus pulled into a Jack-in-the-Box in Williams, Arizona. According to police, one of Katt’s bodyguards was bitten by a German shepherd — prompting the bodyguard to open fire twice … killing the dog.

The German shepherd — named Lester — was a retired police dog that had gotten loose during a walk with its owners. The family tells TMZ they were in shock when, “Katt Williams came outside and told us that he [the bodyguard] will be fired immediately.”

This is when it gets weird. The family says Katt went inside his tour bus and walked off with an 8 week old Mastiff … and offered it to them to replace the dead dog.

They accepted and then — shockingly — posed for a picture with Katt … and everyone was all smiles!

The family tells TMZ, “We are devastated right now,” and the new puppy can’t replace Lester. However, they are happy Katt stepped up and took responsibility.

They say they’ve named the puppy Bella — and they’re never going back to a Jack-in-the-Box again.

Katt Williams was interviewed by police, and was very cooperative. No charges have been filed against the bodyguard.

Check out a pic of Katt with the dog owners below: We’re glad he stepped in and controlled the situation……see people Katt hasn’t lost it all.