GOSSIPONTHIS.COM Celebs Selena Gomez Rushed to the Hospital After Appearing on “The Tonight Show”
ShareTweet Selena Gomez was rushed to the hospital Friday night (Jun 10) following an appearance on “The Tonight Show with Jay Leno.”

The 18-year-old singer/actress was taken to a Los Angeles Hospital after experiencing symptoms like nausea and a severe headache, and is still undergoing tests for her mystery illness. “Last night after Selena’s appearance on The Tonight Show she wasn’t feeling well and was taken to the hospital. She is currently undergoing routine tests,” her reps said in a statement.

In the interview with Jay Leno, Selena talked about her new boyfriend Justin Bieber passing the “mom test” and her new movie “Monte Carlo.” 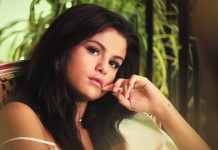