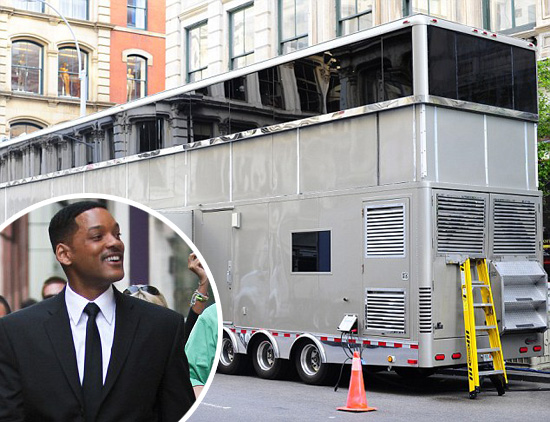 Last week we reported that actor Will Smith got on the wrong side of the residents of Manhattan’s SoHo district as he had his super huge $2 million “mega trailer” parked on the street while filming in the city for his upcoming movie “Men in Black III.”

Fast forward to now and the 1,1150 sq. ft trailer has been given the heave-ho.

Smith’s double-decker luxury trailer was plonked down in the middle of a tiny street in Soho while the actor shot “Men in Black III” — but after several residents complained it was blocking traffic, giving off fumes, and screwing up local businesses … the studio towed it to a nearby parking lot.