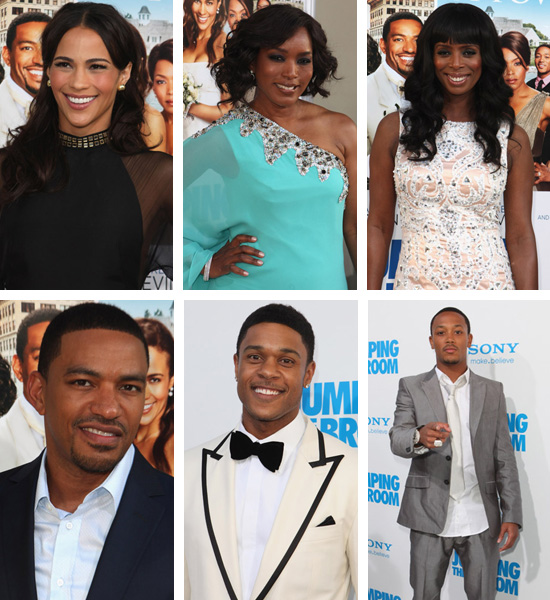 Black Hollywood came out in a big way Wednesday night ( May 4) to support the release of Sony Pictures’ newest film “Jumping the Broom” at the ArcLight Cinemas Cinerama Dome in Hollywood. The film’s stars, including actresses Paula Patton, Angela Bassett, Tasha Smith and Loretta Devine, as well as actors Romeo, Laz Alonso, Pooch Hall and Mike Epps all came out to catch the big premiere.

Other celebs, like Meagan Good, Christina Milian, Eva Marcille, Teyana Taylor and plenty more, were also spotted on the white carpet of the movie premiere. “Jumping the Broom” hits theaters tomorrow (May 6), but until then, check out the pics from the Hollywood premiere below!