According to hilarious late night host Chelsea Handler, “when you don’t look like your baby at all … people think you’re the nanny.” That’s certainly been Hollywood beauty Paula Patton’s experience, as she detailed last night during her appearance on “Chelsea Lately” to promote her new film “Jumping The Broom.”

“He’s blond, he has blue eyes. It’s crazy,” she said of her son. “Everybody’s like, did you have anything to do with this? They think we like adopted a Russian child.”

Check out the ladies’ hilarious interview in its entirety below: 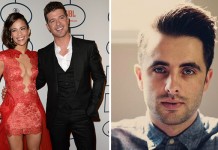 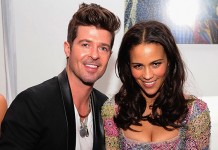 Has Robin Thicke Finally Accepted That His Marriage Is Over? (Spoiler: Yes)