Most upcoming singers would be screaming from the rooftops about their debut album, but not Skylar Grey. Known for her work with rap’s royalty, Eminem and Dr. Dre on “I Need a Doctor,” (she also penned the hook for “Love the Way You Lie”) the singer/songwriter is remaining tight-lipped about her solo effort and the project’s lead single.

Speaking on her debut album’s lead single during an interview on AMP Radio with Carson Daly she explained:

“I can tell you that it sounds unlike anything you’ve probably ever heard. We stick to what works, but we also like to push the envelope, and Alex and I push each other creatively outside of our comfort zone ’cause we like to keep creating new sounds”.

So did working with famous rappers have any influence on her albums musical direction?

“Possibly, nothing nailed down yet. Lots of really big exciting things happening, but I can’t talk about them yet because we’re being mysterious as always.”

Grey’s new album is due out later this year and will be released via her Wonderland Music imprint with Interscope Records. 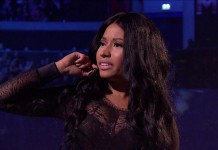