Grammy Award winner D’Angelo must be breathing a sigh of relief today as his 2010 solicitation case may have gotten him nothing more than a slap on the wrist.

The singer may have taken the title of his song “Cruisin’” a bit too literal as he was arrested and charged with solicitation on March 6th of last year after asking an undercover female officer to perform a sex act in the West Village area of NYC.

So what was the outcome of Friday’s court case? E! Online is reporting:

The crime he pleaded to was technically a “violation,” which is minor and obviously didn’t carry any jail time. Beyond that, though, no one’s talking. Prosecutors would only say that they were satisfied with the deal. A lawyer for D’Angelo (born Michael Archer) declined to comment. (Source)

Now that that’s all cleared up, let’s get back to the music…please! 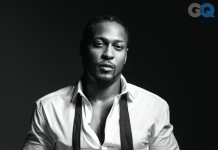