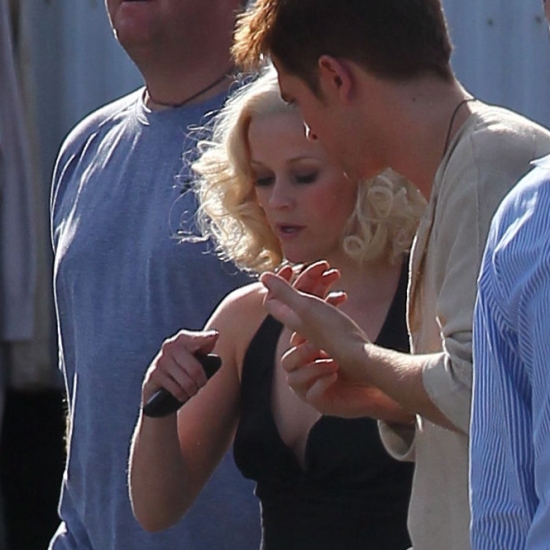 Teen heartthrob Robert Pattinson and actress Reese Witherspoon were snapped walking outside of a film studio for their new movie “Water For Elephants” on Saturday (Jan 15).

The movie, which is based on a novel, is currently in post-production. Robert and Reese were called in to do a re-shoot of a scene together. The movie is set to release in April 2011.

More pics of R-Patz and Reese below!