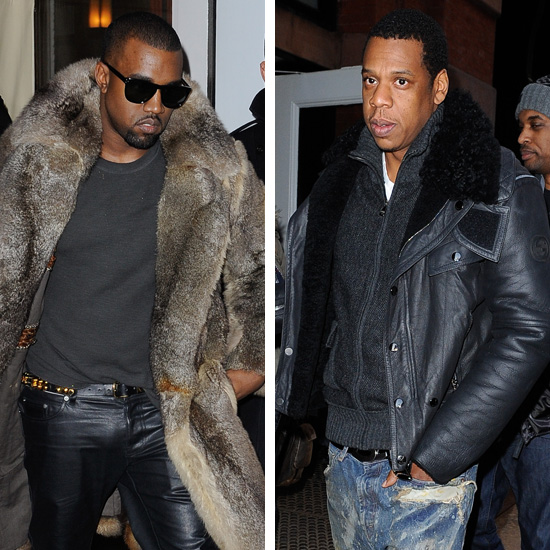 Kanye West and Jay-Z were both spotted outside of a hotel in New York City Monday night (Jan 3). Photogs snapped up a few pics of the rap duo as they left the Mercer Hotel following a meeting.

On New Year’s Eve, Kanye west announced that his joint album with Jay-Z, titled Watch the Throne, would be dropping “in one week.” But the rapper may have made an error in his announcement. Sources tell Fake Shore Drive that the album’s first SINGLE drops in one week, not the album itself. The album’s “solid and official” release date is March 1st 2011, and the single could be released as soon as this Friday (Jan 7).

More pics of Kanye and Jay-Z in NYC below!