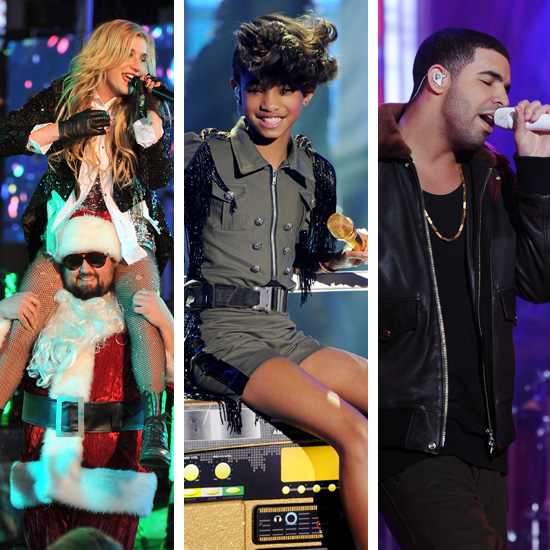 In case you were out partying New Year’s Eve (and the rest of the weekend) and missed out on “Dick Clark’s New Year’s Rockin’ Eve” TV special that aired Friday night (Dec 31), here are some of the performances!

The NYC crowd rang in 2011 with an impressive lineup of artists who took the stage, including Willow Smith, Drake, Ke$ha, Jennifer Hudson, Ne-Yo and Avril Lavigne (who debuted a new song),  and others. The show, which aired live on ABC, was hosted by Ryan Seacrest.

Check out 20+ pics below and when you continue reading (along with video footage from the performances!)