Are you a fan of the movie “Taken?” Then this news will definitely make you smile!

Liam Neeson has confirmed that he’s been tapped to reprise his role as Bryan Mills in “Taken 2.” Neeson announced the news for the sequel at a charity event in the UK, according to MTV.

The Oscar nominated actor is also set to have appear in the upcoming comedy flick “Hangover 2” as well as the upcoming sequel for “Clash of the Titans.”

Shooting for the “Taken” sequel will begin in the Spring. And in addition to the flick, the screenwriting company behind it is also developing a “Taken” TV series that will serve as a follow-up to Taken 2. 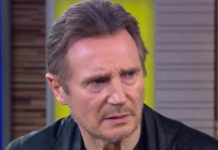