GOSSIPONTHIS.COM Celebs ★ On Location: Justin Timberlake Back to Work on Set of Movie... 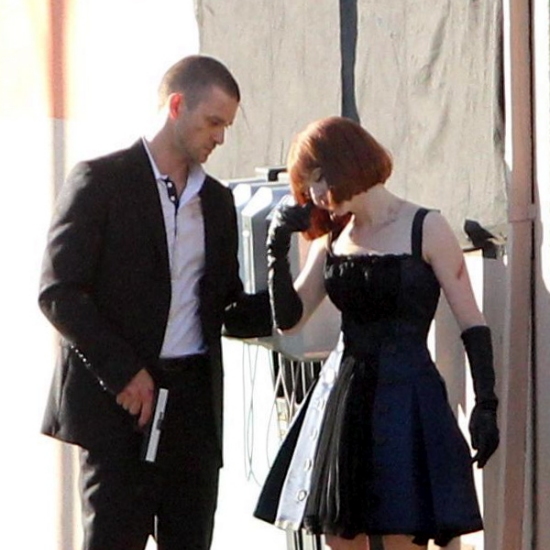 Following a reported injury, Justin Timberlake returned to work on Monday (Dec 13) on his new movie “Now” in Los Angeles.

Filming of the movie with co-star Amanda Seyfried had been shortly postponed until Timberlake’s recuperation of an injury he suffered on set. The singer/actor seems to be recovered now and was seen acting silly at the recent Yogi Bear 3-D movie premiere.

More pics of JT & Amanda on set below!