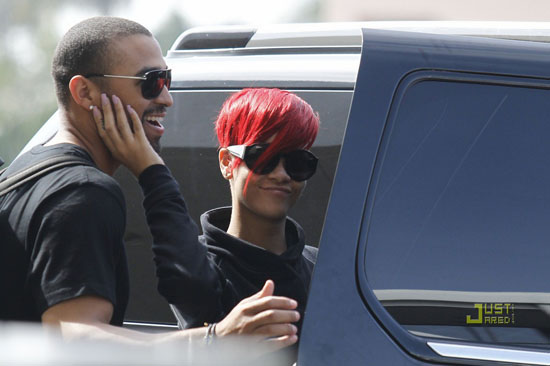 Rihanna‘s boyfriend Matt Kemp was spotted outside MyStudio in Los Angeles with a woman who was NOT Rihanna.

Paps caught the baseball player as he tried to brush off a random female who seemed to know him from somewhere. Maybe she was a fan or one of those groupie chicks? Or maybe Matt Kemp is cheating on Rihanna and the paparazzi caught him in the act. Judge for yourself when you watch the footage below…

Notice how the girl walked up to Matt as if she was giving him a “goodbye hug/kiss,” and when he saw the cameras rolling he kinda made it look like she bumped into him and he just walked off? Hey, they don’t call him an LA Dodger for nothin! We see you play boy!