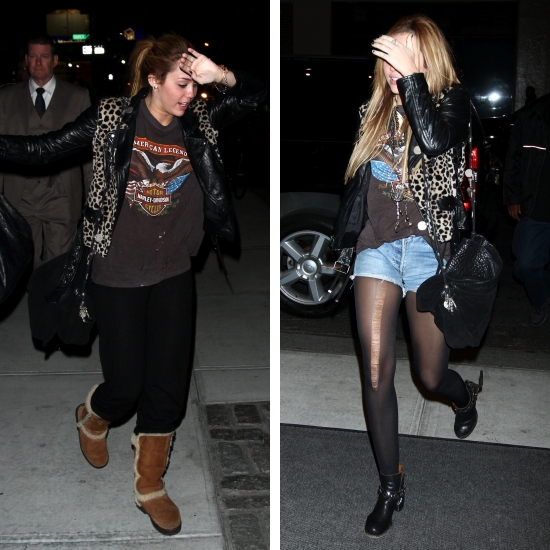 Former Disney star Miley Cyrus was snapped walking in and out of her SoHo hotel in New York City yesterday (Fri. Nov 12) while giving us a lesson in style and saving money!

At her arrival to the hotel, the former “Hannah Montana” actress rocked a laid-back look wearing a leather jacket, a brown Harley Davidson t-shirt, comfortable black pants and a pair of Ugg boots. After a night out in the city that never sleeps, Miley returned wearing the same jacket and t-shirt, but switched her comfortable pants and Uggs for some jean shorts, ripped up pantyhose and high top leather boots.

Hey, even a rich celeb like Miley Cyrus is allowed to act like a teenage girl on a low budget every now and then…right?