R&B singer Mya and former NFL player Larry Johnson looks like they may be hitting it off!!

The two were spotted in Belize together this week……and have been fueling dating rumors ever since Larry appeared at her 31st birthday party in D.C last month.

Larry Johnson, who used to play football for the Kansas City Chiefs, previously dated MTV/BET personality Julissa Bermudez and has also been linked to Chilli.

Think there’s somethings going on between him and Mya???? 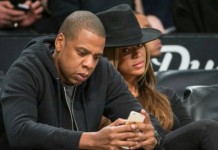 Mya is Trying to Win Us Back With Her New Album