GOSSIPONTHIS.COM Celebs ★ Spotted: Chris Brown Outside a Los Angeles Recording Studio with His... 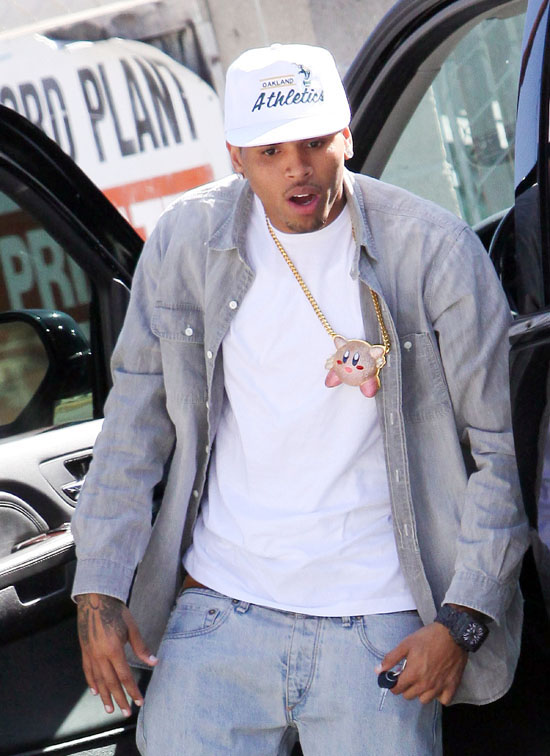 Singer Chris Brown was spotted rocking his Kirby chain as he (protected by his big bodyguard) made his way into a recording studio in Los Angeles, CA Thursday (Aug 5).

Chris announced earlier this week that he’s working on a new studio album that’s due to come out by the top of next year or sooner. He also threw in that he might put out a sequel for his popular “In My Zone” mixtape. Meanwhile, his new movie “Takers” premieres at the end of this month (Aug 27) and the 21-year-old entertainer was on the scene at the film premiere in LA Wednesday (Aug 4).