“Since leaving office, President Bush has granted no one-on-one television interviews about his presidency. President Bush will talk to Lauer about the details of his upcoming book, ‘Decision Points,’ to be released by Crown Publishers on Nov. 9, and he will discuss the defining decisions he has made in his personal and political life.”

Can’t wait to see how dumb Dubya makes himself look in both of these interviews! 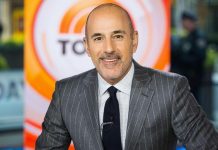