Looks like Ginuwine and Timbaland no longer get alone. The former R&B King (Yes, we said it!) recently spoke with VIBE about his rift with the super producer:

“He really hasn’t been interested in working with me, so I can’t speak on the present,” Ginuwine tells VIBE of Timbaland. “But back in the days, it spoke for itself as far as him being the most sought after producer. Music was boring until he came out with that new sound. Back then, I would have described it as futuristic because it was something that had not been done and people jumped on it. If it wasn’t for him making that style as hot as it is, a lot of producers that’s out now maybe wouldn’t even be here.”

“Me and Tim were real close at one point. A lot of the times that I reached out, there were a bunch of excuses,” explains Ginuwine. “I begged and pleaded with him because I felt a certain way but I was like, is it just a bad vibe that I’m picking up on? Maybe I’m bugging out, I don’t know. But it came out to be true and I still feel like he owes me an apology for that. The reason I’m pissed off at him now is because of what he did. I would’ve been cool and not bothered him if he would’ve said, ‘Nah, I’m too busy,’ or gave me the lame excuse like he’s been giving me. But don’t do it and then not do what you’re supposed to do [to promote the song].” 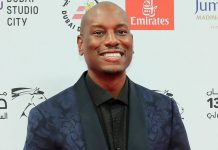 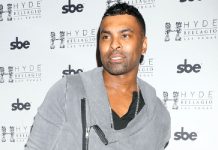 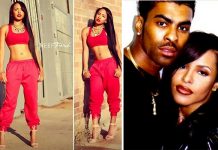