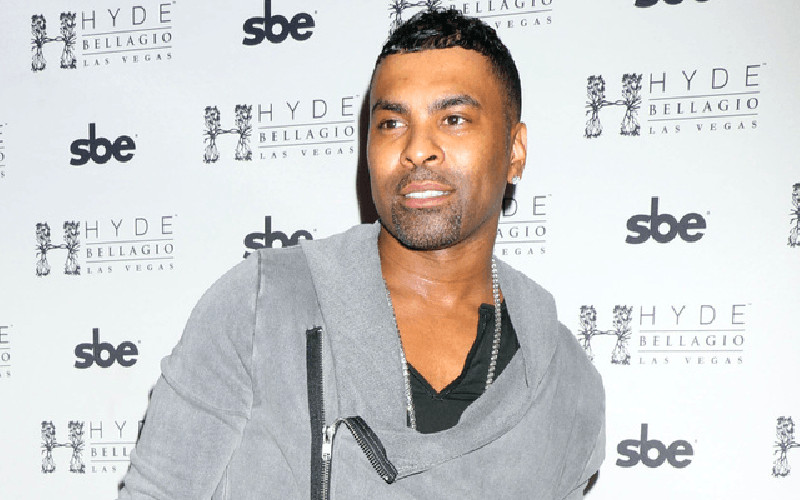 If you checked Twitter’s trending topics last night (Nov. 16), you may have noticed that Ginuwine had the internet going crazy. Basically, all of Twitter wanted to jump on the R&B singer’s saddle and ride his “Pony.”

Though that’s a reference to his signature song, Pony (1996), I’m really not joking. The 46-year-old’s alleged nudes have hit the net and Twitter seemed quite impressed. Memes, jokes, and praise catapulted “Ginuwine” to not only a trending topic in the US, but also briefly worldwide.

I'm here thinking #ginuwine trending because of a new song or sum. Y'all doneee surprised me. ? pic.twitter.com/vU6uIu3pJh

Ok #Ginuwine that saddle you was talking about. Is it still waiting? Because if so….. pic.twitter.com/sjchDG8hzl

#Ginuwine so that's the saddle that you was waiting on somebody to jump on. pic.twitter.com/TMfh2V0OZD

Who ever leaked #Ginuwine pics ???? pic.twitter.com/DdnNw2jmwW

Me when I typed in " #Ginuwine " to see what the fuss was about. LOL pic.twitter.com/9dUq8bY6JG

#ginuwine naked is exactly what American women needed right now. Unless they voted for trump, then they shouldn't get to look.

Me: I am a Christian God fearing woman

Also Me: Ginuwine's nudes just leaked, go see what he been hiding in those jeans#Kermit #ginuwine pic.twitter.com/7mBa48Lwxc

Ginuwine (whose real name is Elgin Lumpkin) caught wind of why his mentions were blowing up and responded to the frenzy on Twitter. Though he doesn’t confirm the leaked pics are his dick pics, he does definitely put someone he shouldn’t have trusted on blast.

Everybody keep talking about pics and all SO WHAT!!! We all trust people at times that we shouldn't won't say names as of now!!! Stay tuned

I’m also curious to what he means by “stay tuned.” Are more pics to come?

In any case, he attempted to shift the focus with the following tweets.

Ginuwine recently divorced his wife, singer Sole. The two were married for 11 years and separated in 2014. Their divorce was finalized in 2015. So, again, the R&B star was “just a bachelor looking for a partner” (another “Pony” reference). It’s quite possible the ladies’ man has slipped into some DMs and shared a few private pics.

What’s interesting is that the alleged nudes were actually leaked on Tumblr back in August but was reported and taken down. However, nothing disappears on the internet and the pics could be found with a search.

But Given that the thirst was so real on Twitter last night, you can also check out the alleged dick pics for yourself. (Obvious Warning: NSFW Graphic images if you click the link)