GOSSIPONTHIS.COM TV VIDEO: Monica Performs “Everything to Me” on Jay Leno
ShareTweet Our girl Monica gave late-night TV audiences a taste of her chart-topping album Still Standing by performing the album’s latest single “Everything to Me” on last night’s episode (Mon. Apr 5) of the Tonight Show with Jay Leno.

Mo’s sixth studio album, titled Still Standing, is currently in the No. 1 position on the Billboard Hip-Hop/R&B charts and is No. 2 (under Justin Bieber‘s “My World 2.0”) on the Billboard 200 albums chart.

We caught up with Monica this past Friday night (Apr 2) in Greenville, SC at the 107.3 Jamz White Party. Click here for the pics (15+) of her performing there and continue reading for Mo’s performance on Jay Leno! 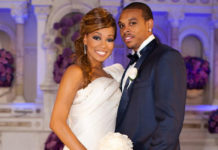