“The rush of battle is often a potent and lethal addiction, for war is a drug”. This quote begins the Academy Award winning film The Hurt Locker, a gripping story that depicts the life of an Army bomb squad unit who put their lives in danger daily defusing bombs.

Jeremy Renner plays Sgt. William James, the reckless new guy whose job it is to defuse the bombs while the rest of his unit covers him, scanning the streets and rooftops for snipers or the bomb-maker himself. James seems to take pleasure in his job; he rarely listens to others and works by his own rules, but at the same time, he is the best at what he does. Through James, we learn of the addiction of war. While others are afraid and cannot wait to leave, James keeps returning. Defusing bombs has become a sort of obsession with him and he knows the exact number of bombs he’s dealt with. He knows he is good at his job so he keeps coming back and with each diffusion, his mind goes deeper into the hazardous game.

Both director Kathryn Bigelow and screenwriter Mark Boal do an amazing job with The Hurt Locker. The sequences are extremely detailed and with Bigelow’s vivid portrayal of the task of defusing a bomb, the film will keep you on the edge of your seat. Boal wrote the screenplay after being with a bomb squad in Baghdad, which makes the film only more real. Not many writers or directors can pull off a great war film but with The Hurt Locker, Bigelow presents us with one that’s damn near perfect.

The cinematography is very well done. The decision to use a hand-held camera adds to the thrill of the film and the grainy lens is a nice touch. Cinematographer Barry Ackroyd does a good job of putting you in the action…maybe even a bit more than you would like. I think it is safe to say this movie would not be have as great as it was without the brilliant camera work. The only downfall in this film falls in its plot. To put it very simply: there is none. At times, you will find yourself asking “what is the point?” and only at the very end of the film will you realize the answer to your question. It does not follow your typical story outline for a film because it isn’t your typical film. The point of The Hurt Locker is simply to show what actually goes on during war – the danger, the suspense, the pain, the suffering, and everything else. But unfortunately, without a true story, we also lose a bit of the characters. With the exception of James, Bigelow does not develop the characters enough; she does not delve deeper into their minds, which leaves it up to the actors to tell their story. Fortunately, the actors pull it off.

Renner’s portrayal of James is well deserving of the Oscar nomination that he earned for the role. Though James is reckless, the audience cannot help but care for him. He takes bold and life-threatening risks but with each one, we await with bated breath, hoping he makes it out alive. James, along with his the head of his support team, Sanborn (played by Anthony Mackie), seem as real as can be. We want them to make it out of their rotation alive and be able to go home to their families. Though we know very little about the characters, the actors make it work and still keep the audience captivated. The Hurt Locker is a great film. It’s not a film that depends on the action of a bomb exploding, but the gut-tightening suspense of knowing that it could explode in a split second. Though it could have used more of a story, it works without it and it helps the audience see and appreciate the work that the troops do. Lastly, I love that Kathryn Bigelow does not succumb to having a Hollywood ending with the film. At first, I did not like it because I was hoping that James’ heart wasn’t so into the rush of war and that his decision at the end of the film would be different. But upon reflecting on it, I realized that that is how war is, that to some, it is a drug and I appreciate the fact that Bigelow kept it real and did not choose the ending that most wanted. 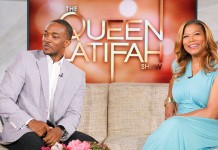