Jeremy Renner has taken Matt Damon’s lead role in the newly refreshed “Bourne” franchise, which is set to continue this summer with the release of “Bourne Legacy.”

Plot Summary: The fourth installment of the highly successful Bourne series sees the return of the franchise’s screenwriter, Tony Gilroy, this time stepping into the director’s seat for an entry which sidelines main character Jason Bourne in order to focus on a fellow estranged assassin (Jeremy Renner).

Check out the official movie trailer below: 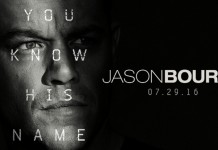