R&B soul singer Sade lets her hair down and dishes details on her 10-year hiatus, her love life and her 13-year-old daughter in the April 2010 issue of Ebony Magazine, of which she is featured on the cover.

With her highly anticipated album, Soldier of Love, recently topping the charts, Nigerian-born singer Sade, has definitely made the 10-year wait worthwhile. But, what has she been up to during this mysterious hiatus? The notoriously private superstar gave Ebony an exclusive peek into her world outside of the studio. “I’ve had my ups and downs in the years between these albums, said Sade. “That’s partly why I’m able to write songs that people in some way can hear. I express feelings, real feelings.”

The issue hits stands nationwide next Tuesday (Mar 9). But in the meantime, be sure to pick up a copy of Sade’s new album “Soldier of Love,” which has been sitting a-top the Billboard 200 album chart since its release on February 5th. 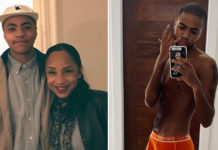 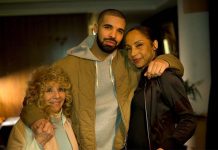