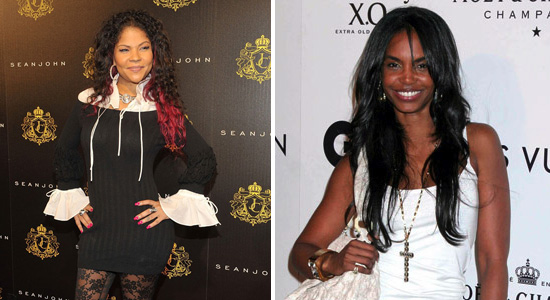 Cherry Martinez from Power 105.1 got the chance to speak with Diddy‘s first baby’s mama Misa Hylton-Brim and she put some dirt in the air that very few people knew about until now.

SEE NEXT: Kim Porter & Diddy’s Kids: Quick Facts You Need to Know & Photos of Their Family

She gave the breakdown on Diddy’s child support arrangements and how Kim Porter is a man stealer. Here’s what she had to say about Diddy’s relationships with all three of his baby mommas, including the newest, Sarah Chapman.

“Sarah is really sweet but Sarah and Kim don’t get along. I get along with everyone. With both of them. Kim and I go back for years now. We were friends at one point. I was like ‘You wanted him, you got him now baby.’ So she’s gotta go through all the bs I had to go through back in the day.

“Sarah has been around as long as Kim, alot of people don’t know that. Puffy was cheating on me with both of them. This is over 15-16 years ago so we’ve all been around a long time. They are like my sister-wives. I try to keep everything good and we want Kim to accept Chance but she’s not ready yet… but I accepted Christian.”

Kim even went on to say that Diddy was bitter over their breakup:

Yes, he still is bitter. It’s like can I live. I have love for him and he’s my family and I’m going to always support him and have his back. But, when you can have everything sometimes and you can’t have that one little thing, you are not use to that. That’s so over. I’m not saying he’s actively trying to pursue me but I get a hard time sometimes. It’s like “what’s the problem”? You’d think I’d be the one acting like that. I stay out of your way.

“The money is relative to him. People say ‘Oh, it doesn’t take that much,’ you don’t know how much tuition is. You don’t know what the lifestyle is everyday. Our children (Thank God!!!) are able to have different extracurricular activities, they have tutors, they have programs that they are in. They have to have security which is very expensive on a weekly basis. There are alot of things that people don’t take in consideration that this money goes to. We don’t sit and get a check and throw it up in the air and say ‘Yea what am I going to do with this today.’

“What wasn’t going to happen to me before I went to court, is because I’m not with you or sleeping with you, ‘Kim’s son is not going to get more than my son because of that.’ That was some bitchassness. Because if you could come and stay here and pop in and out when you wanted to then it wouldn’t be a problem. So you are not going to put me at a disadvantage because we are really broken up and I’ve moved on.”