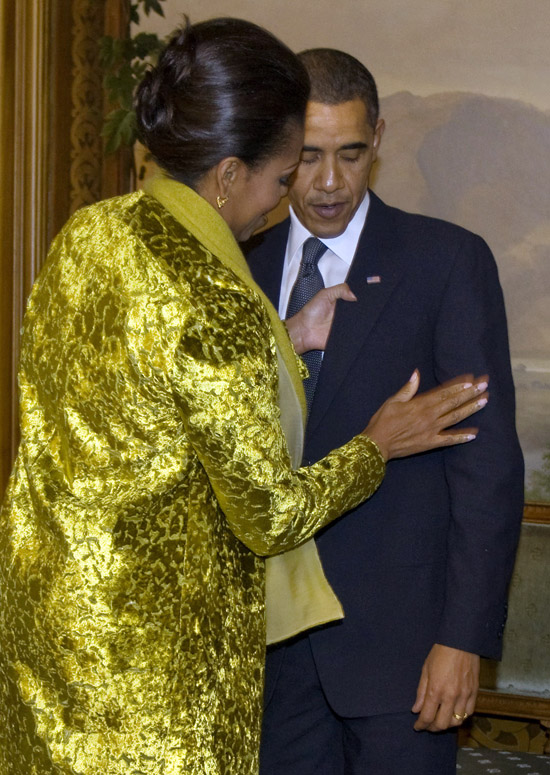 US First Lady Michelle Obama (L) removes dust from Nobel peace prize laureate, US President Barack Obama’s suit at the Royal Castle in Oslo on December 10, 2009. US President Barack Obama landed in Norway today to accept his Nobel Peace Prize, shadowed by controversy over his role as a “war president” and widespread doubts about whether he merits the honor.