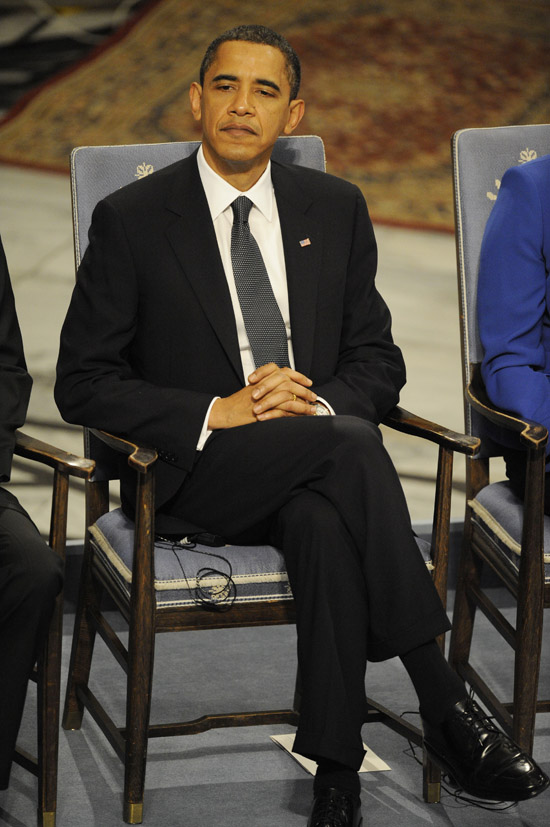 Nobel Peace Prize laureate, US President Barack Obama sits during the Nobel Peace prize award ceremony at the City Hall in Oslo on December 10, 2009. The president faces a tricky task of reconciling the revered honor with his decision just last week to send 30,000 troops to escalate the war in Afghanistan, a move which tripled the US force there since he took office.