It was recently announced that rapper Busta Rhymes would be the new face of Venom Energy Drink. Here he can be seen posing at a photo shoot for the beverage company at Jack Studios Wednesday (Nov 11) in New York City.

He’s also putting the finishing touches on his new album, The Chemo, set to be released sometime in 2010. Busta says he’s about 80% done with it.

More pics when you continue reading! 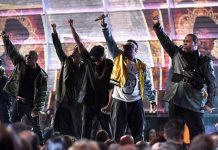 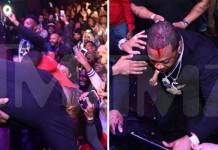