GOSSIPONTHIS.COM Celebs Event Pix: Lenny Kravitz // Al B. Sure & Lil B. Sure...
ShareTweet Al B. Sure and his son Lil B. Sure performed together at J&R Music And Computer World Wednesday (Jun 24) in New York City. Actress Rosario Dawson can be seen here as she arrives at the 2009 Los Angeles Film Festival’s & Universal Pictures’ premiere of “Public Enemies” at the Mann Village Westwood Theater Tuesday (Jun 23) in the Westwood district of Los Angeles. Actor Samuel L. Jackson and Sir Richard Branson posed for a pic on the red carpet of the Virgin Atlantic Red Hot Party at Tribeca Rooftop Monday (Jun 22) in NYC. Sir Branson is the founder/owner of the Virgin brand. Q-Tip and Funkmaster Flex stopped for a picture at the launch party for The Nightlife Preservation Community at M2 Ultra Lounge Monday (Jun 22) in New York City. 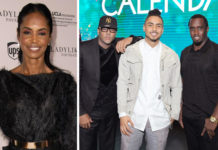 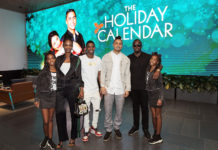