GOSSIPONTHIS.COM Politics House Republicans Creating a Budget Of Their Own
ShareTweet The day President Obama revealed his  $3.6 trillion budget to revive the economy, Republicans from left to right have been criticizing him for spending way too much with fears that his trillion dollar budget will dig us deeper into debt during a weakened economy. Democrats have been firing back defending the President stating that Republicans have offered no solutions but only criticism which will not help the situation get any better.

With criticism coming from the Democratic Party,  House Republicans on Thursday have come up with an alternate budget which they say  “shows a leaner budget, a budget with lower taxes, lower spending and lower borrowing.”

House Minority leader Rep. John Boehner holding a booklet which he says is a “blueprint for where we’re going” stated:

“Two nights ago the president said, ‘We haven’t seen a budget yet out of Republicans.’ Well, it’s just not true because — Here it is, Mr. President,”

Obama defended his budget at the online town hall meeting Thursday, saying, “It’s a budget that cuts the things we don’t need to make room for the investments we do, a budget that cuts the massive deficits we’ve inherited in half, by the end of my first term, and offers a blueprint for America’s success in the 21st century.”

The President stands by his huge investments in education, energy, and health care stating that they are essential to economic recovery. 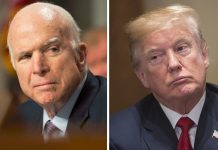