Gospel singer Bebe Winans, who was recently charged with misdemeanor domestic assault released the following statement over the weekend:

“To be accused of these allegations, which arose out of a child custody right dispute and my desire to spend time with our children as court ordered, is nothing less than heart wrenching. Since I choose to say nothing negative about my children’s mother, I will make no comment other than to say the allegations are inconsistent with my character and the foundation upon which I was raised and I am prayerful that the matter is straightened out very soon for the sake of our children.”

According to court documents, the 46-year-old gospel star was charged after allegedly getting into an argument with his ex-wife, Debra, about their children back in February. Debra told authorities that Bebe pushed her to the ground, and after he was arrested and booked last Thursday, he posted $1,000 bond. 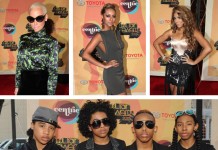