Your boy Charles Barkley went to court in Arizona yesterday and plead guilty to 2 counts of driving under the influence and running a stop sign for that incident in Scottsdale, Arizona back in December 2008. Phoenix official say the former NBA player will spend 10 days in jail.

Barkley, a television basketball analyst, will have five days off the sentence suspended upon his completion of a court-approved alcohol program, officials said. He also was ordered to attend traffic school and pay $2,000 in fines. The 46-year-old Hall of Fame player is expected to begin serving his sentence on March 21, according to court records.

Barkley was arrested on December 31 in Scottsdale with an blood alcohol content of 0.149, nearly double the amount allowed under Arizona law. He apologized for his behavior and returned to cable network TNT last week after a six-week leave of absence. 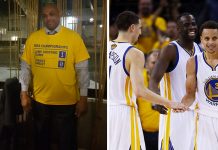