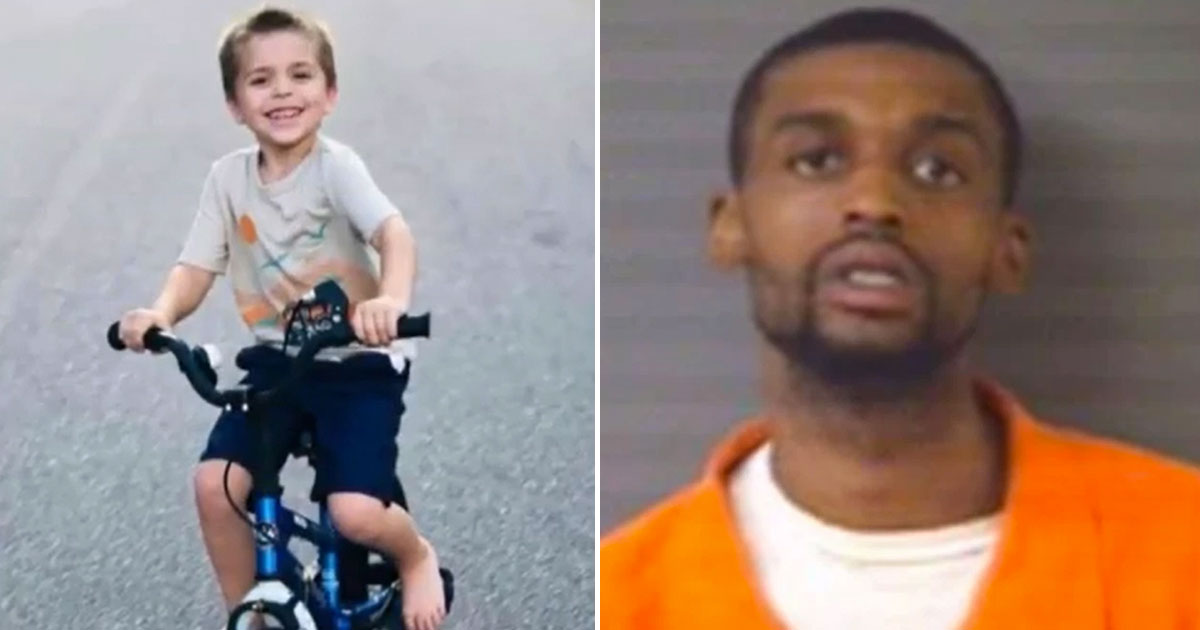 A 5-year-old North Carolina boy was shot and killed by his neighbor while riding his bicycle outside his home over the weekend.

Cannon Hinnant was playing outside his dad’s house in Wilson, N.C. around 5:30 p.m. Sunday (Aug. 9) with his two sisters, aged 7 and 8, when he was shot point blank in the head by 25-year-old DarWRius Sessoms.

The little boy was rushed to the hospital, but unfortunately, he couldn’t be saved and was pronounced dead.

Sessoms, who lives next door to Cannon’s father on Archers Road, was later arrested in Goldsboro. He was charged with first-degree murder and is being held without bond in the Wilson County jail.

Police said the shooting wasn’t random, however, details about a possible motive haven’t been released.

Doris Lybrand, who witnessed the shooting, told WRAL.com that Sessoms ran up to Cannon, put the gun near his hand, and pulled the trigger before running back to his own house.

“My first reaction was he’s playing with the kids,” Lybrand said. “For a second, I thought, ‘That couldn’t happen.’ People don’t run across the street and kill kids.”

Lybrand said she realized the gun was real after she saw how Cannon’s father reacted to the shooting. At that point, she dashed into her house, locked the door and dialed 911.

“You don’t expect to see somebody shoot someone,” she said.

Another neighbor said Sessoms and Cannon’s father had dinner together Saturday night, and Sessoms was also at the home the day of the shooting, WRAL.com reported.

A family member created a GoFundMe page for the family and wrote that Cannon was shot “because he rode into his neighbors yard.”

“[A] sweet soul named Cannon Hinnant was taken from this world over a senseless act,” Christina Prezioso, who claimed to be a cousin of Cannon’s father, wrote on the GoFundMe page. “A beautiful 5 year old baby boy riding his bicycle was shot by his neighbor point blank in Wilson NC.”

“One minute he is enjoying his life, the next it all ends because he rode into his neighbors yard,” the page reads. “5 years old guys!! Nothing prepares a parent for the loss of their child. No child should ever have their future stolen from them.”

According to CBS17.com, Sessoms has a lengthy criminal record, including multiple felony drug charges from over the years, multiple felony probation violations, and charges for possessing stolen firearms.