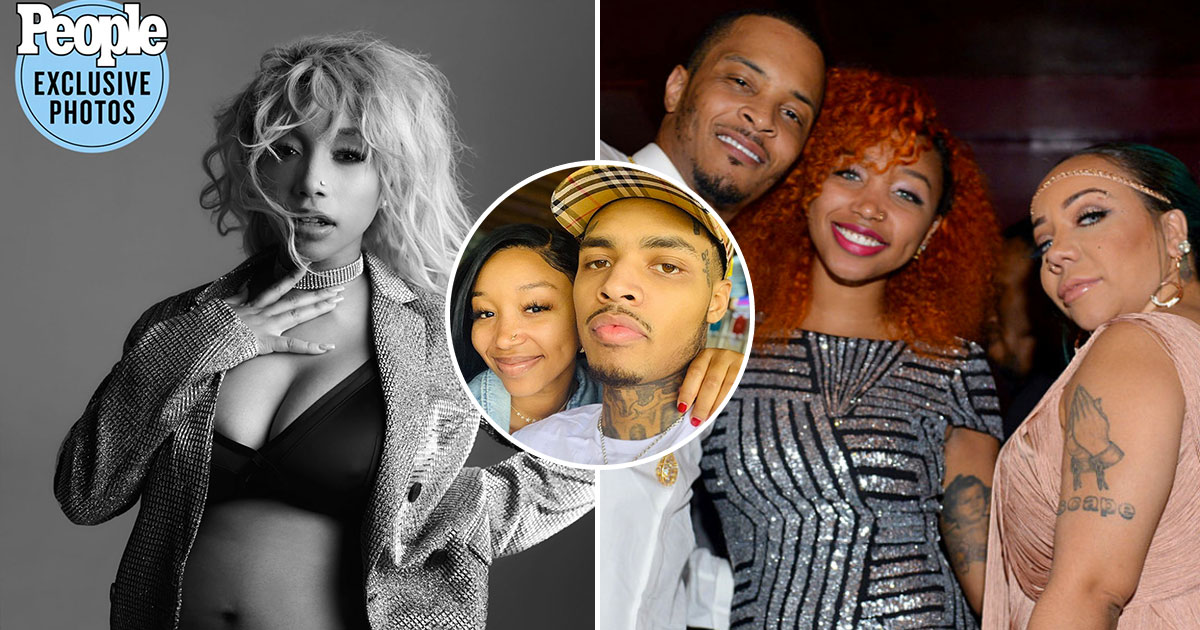 The 24-year-old is expecting her first child with her boyfriend of two years, rapper Bandhunta Izzy, according to an exclusive report from People magazine.

“Literally every year, probably for the past three years, this same rumor [that I was pregnant] had come out,” Pullins tells People. “This time I actually am pregnant. It’s weird!”

Zonnique—who is T.I. and Tiny’s oldest child (FYI: she’s really T.I.’s stepdaughter but they have a father-daughter relationship)—is five months into her pregnancy, which she says has been “really easy” thus far. 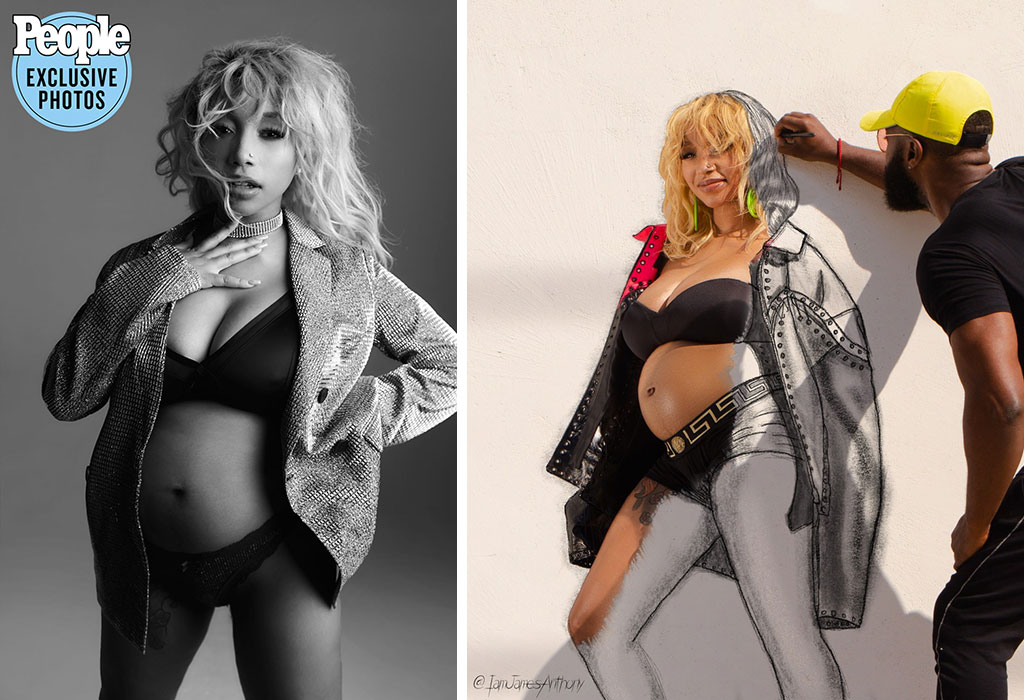 “With it being my first time being pregnant, I had so many expectations and was thinking, ‘Oh, it’s going to be really hard,'” she told the magazine. “I never really had morning sickness.”

Pullins does, however, admit that she hates being pregnant during a pandemic.

“It really sucks being pregnant during the coronavirus,” she said. “At first, I’m like, ‘This is the perfect time, like everybody is locked in. I don’t have to worry about going out. So if I want to hide it for however long, I can hide.'”

“But when it comes to going to doctor’s appointments, I go to all of them by myself. I ask every single time, ‘Can I bring my boyfriend?’ And they’re like, ‘No, only you can come,'” she continued.

“That’s been the worst part,” she added. “I’m hoping by the time I’m ready to have the baby it will be over with. But I’m sure it won’t be, so I’ll be in there with one person, most likely. I’m just trying not to get my hopes too high anymore.”

Zonnique said when she first found out she was pregnant, she was “kind of sad at first.”

“I have a million brothers and sisters so I’ve always been the one like, ‘I’m not having a baby anytime soon,'” she said. “That was always my thing. So I was kind of sad at first, and my boyfriend was really excited from the jump. He was like, ‘You know it’s whatever you want to do.'”

She continued: “I was calling my cousin, and they were laughing at me because they already knew that I didn’t want to have a baby anytime soon. I was like, ‘Why are you guys laughing?’ And I’m just crying and stuff.”

She added: “But after a while, I’m like, ‘Now I feel like I can do this. It’s something that will mature me and change me in a great way.’ I’m trying to wrap my head around it, and now we are here.”

Pullins will tell her stepdad about her pregnancy on the first time Tuesday night (Aug. 4) during the premiere of her new millennial talk show The Mix.

“I felt like it may be a little funny to get his reaction,” she said. “He can’t get mad or anything. Even my real dad [Zonnie Pullins], I just told him last week, to be honest. You’re always your dad’s little princess. So, I just wasn’t sure how he’d feel.”

T.I. isn’t the only family member who has been left out of the loop regarding her pregnancy so far. She said in addition to her stepfather, she still has about “half” of her family to tell about her pregnancy.

“That’s the crazy part,” she says. “It’s not even the world that I’ve been not telling. All my fans are like, ‘Oh, all you have to do is say yes.’ But half of my family I still haven’t gotten around to calling. Some of my sisters still don’t know. But my sister Deyjah, she was the first sibling that I told.”

Zonnique will also reveal her baby’s gender during the premiere episode of The Mix, but regardless of whether the baby is a boy or a girl, she says she’s going to raise her child the way she was raised.

“My parents always showed me a world that I probably would have never known if it weren’t for them,” she says. “Early, I was already immune to things and how people are negative. People talk about you and make up stories, and I became so strong growing up. That’s probably something that I will definitely take from them.”

As for she and her boyfriend’s parenting styles, Pullins says she’s “definitely” going to be “the more strict” parent.

“He’s so soft,” she tells People. “He has two kids already. He’s such a different person with his kids than he is with everybody else. All my friends, even my mom, my parents, my whole family know how I am with my siblings. Like [with my 4-year-old sister] Heiress, I get mad when she’s crying too much. I’m like, ‘Okay, I have to toughen her up.’ So I feel like I’ll definitely be the [more] strict parent out of the both of us.”

Zonnique said she and her boyfriend, Bandhunta Izzy, 23, started dating after he slid in her DMs on Instagram.

“My old manager is his manager now,” she said. “So her assistant really showed me him, and I followed him. She was like, ‘I feel like he’s your type.’ Months later, he slid in my DMs, and we hit it off.”

Zonnique fed into pregnancy rumors last week when she made comments about being “on [her] Nicki Minaj sh*t” during an Instagram Live session with fans.

“And when I am pregnant, you know what I’mma do? I’ma do somethin’ special for y’all,” she said, responding to a fan’s inquiry about the speculation at the time that she was pregnant.

“I wanna be like, turned up. I wanna be on my Nicki Minaj sh*t. Not on no f**kin’ live answering to y’all like I got to. Last time I was on live, I told y’all mind the business that pay y’all. Y’all didn’t learn nothin’! That’s why corona is still out there. Just chill. My time will come.”

This will be baby number one for Zonnique and number three for Bandhunta. The couple have been in a relationship for the past two years.