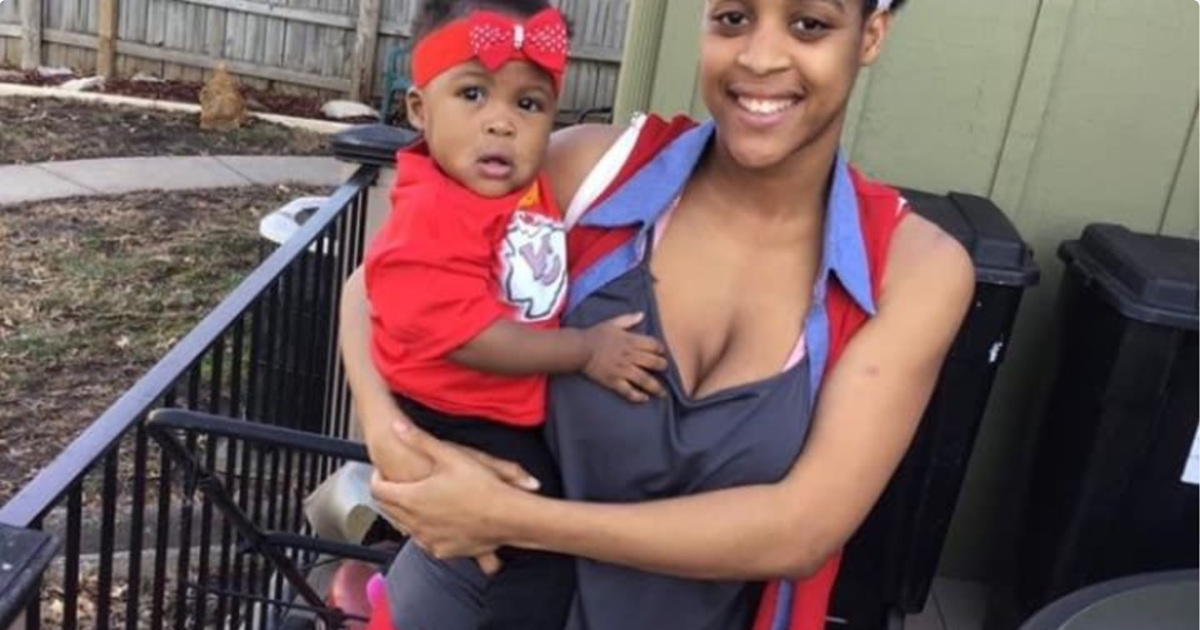 A pregnant young mom was tragically shot dead while pushing her 1-year-old in a stroller.

20-year-old Diamon Eichelberger was on her way to take her feverish infant to the hospital on Tuesday morning (Jul. 21) when she was fatally shot while walking in a 7-Eleven parking lot in Kansas City, Kansas.

Witnesses say an unknown car pulled up beside Eichelberger—who was pushing her baby, Belle, in a stroller—and fired shots at her and then drove off.

She was pronounced dead on the scene.

1-year-old Belle was not shot, but was taken to the hospital for examination. Police confirmed the child was “not physically” harmed during an update of the investigation.

Eichelberger’s family also says that she was nearly five months pregnant at the time of her death and was expecting to find out the gender of the baby soon.

Kansas City police currently have no suspects in the case, but are actively investigating.

Eichelberger’s murder is Kansas City’s 106th homicide this year. Because the police department is overwhelmed, the department has also asked federal authorities to help with the investigation.

“That murderer is somewhere out there today. Somebody knows who did it. Somebody knows perhaps the weapon that was involved in it. We need to do all we can to make sure we prevent tragedies like that one.”

The GoFundMe created for Belle and Eichelberger’s family has already raised over $9,000, exceeding its $3,000 goal.