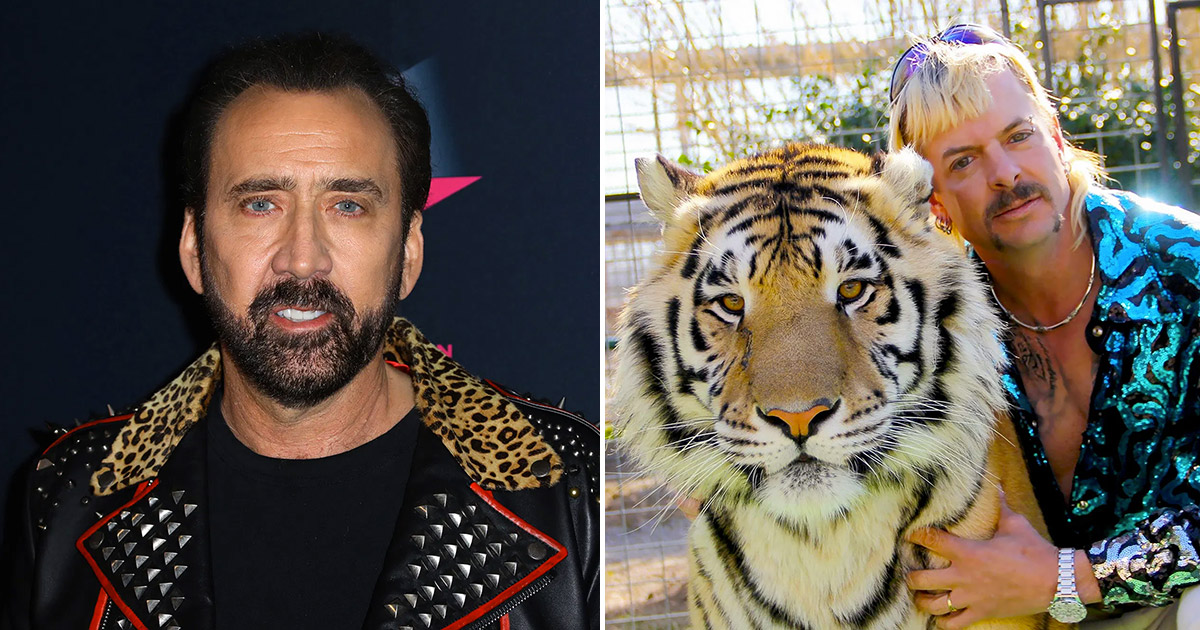 According to Variety, the series will be based on the Texas Monthly article “Joe Exotic: A Dark Journey Into the World of a Man Gone Wild,” written by Leif Reigstad.

The show will focus on Joe Schreibvogel and it will delve into how he became known as “Joe Exotic” as well as the wild antics that followed.

In addition to starring as the series’ titular character, Nicolas Cage will also serve as executive producer.

The Netflix docu-series Tiger King: Murder, Mayhem and Madness quickly went viral as soon as it premiered on the streaming giant, with viewers becoming engrossed in the crazy story of Joe Exotic and his arch-nemesis, big cat sanctuary owner Carole Baskin.

According to data from Nielson, the series is estimated to have reached an audience of 34.3 million unique viewers in the first 10 days of its release.

The success of Tiger King has sparked multiple projects based on Exotic, who is currently serving a 22-year prison sentence for charges including attempting to hire hitmen to kill Baskin.

50 Cent Will Play a Pimp in New Movie with Nicolas Cage, Vanessa Hudgens and More