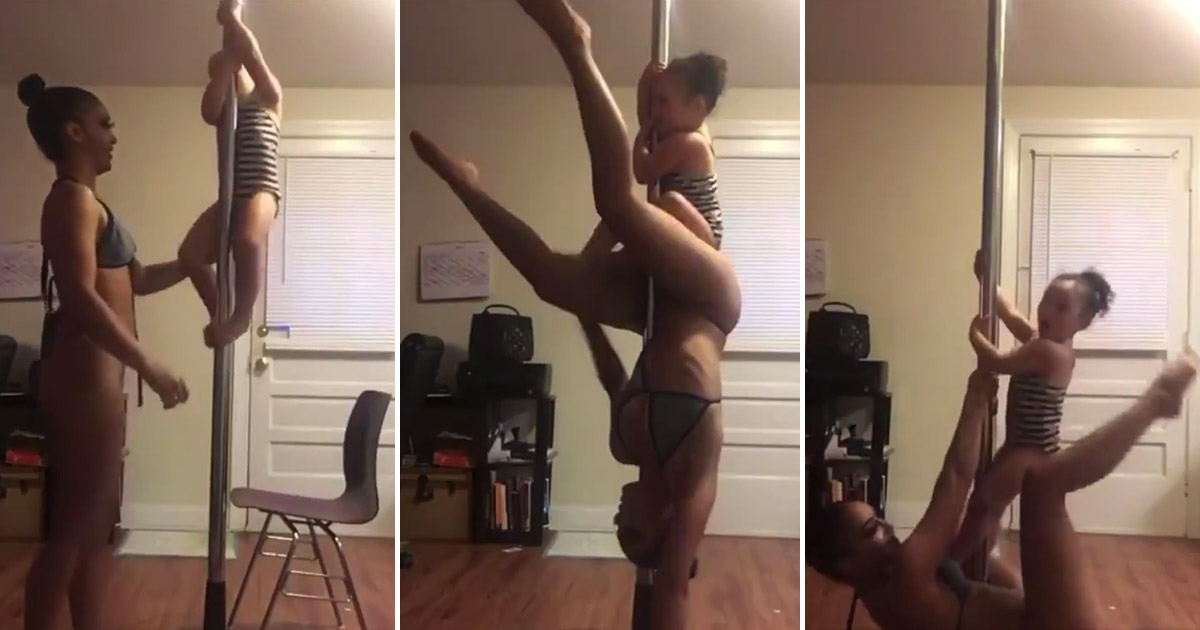 Quarantining and social distancing really has some people stooping to desperate measures for entertainment.

A New Jersey mother is under fire after footage of her teaching her young daughter how to strip has gone viral.

In the video, the young child climbs all the way to the top of a pole as her mother, who is dressed in lingerie, roots her on and claps.

The mother of the child then gets on the pole herself and has her young daughter sit on her as she does tricks.

The idea of a mother teaching this to their young daughter and then sharing it with the world is sickening, to say the least.

According to sources, the child in the video is 2 or 3 years old. It’s also being said that many of the woman’s followers on social media called the police to report the video.

No word so far on whether law enforcement really was contacted and are getting involved, but hopefully they will.

What do you think about the video? Do you think it’s OK for young girls to learn “stripper moves” on a pole?