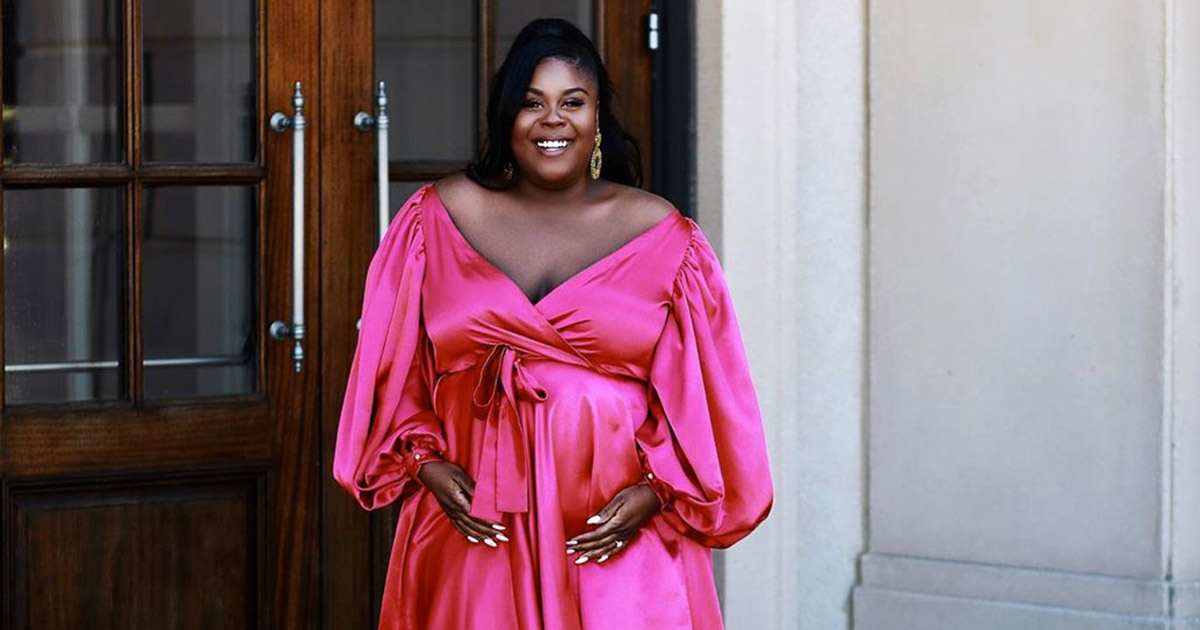 Congratulations are in order for actress Raven Goodwin, who just officially became a first-time mommy!

Goodwin, who is known for starring on Being Mary Jane and recently starred as Denise Clark Bradford in the Lifetime biopic The Clark Sisters: First Ladies of Gospel, welcomed a baby girl—Riley’Rosa Bell Battle—on April 15th, however, she waited a full week to announce the news on social media.

“I’ve been a mommy for a week. Wow,” the 27-year-old actress wrote on Instagram on April 22nd.

“Her soul is sooo beautiful. She was born on a Wednesday as was I. She has a head full of hair & she is sooooo stunning. She loves music, the sound of her daddy’s voice, and her mamas touch.”

She continued: “My daughter you lack nothing, you were born WHOLE, I will make sure you always feel liberated by liberating myself. I’ll always be here … Thank you to the Staff at Northside & [Dr. Jackie from ‘Married to Medicine’] for getting her here safe and sound.”

Back in March, she shared maternity photos, with some showing her fiancée cradling her baby bump at their baby shower.

A press release also stated that the biopic’s ratings made it “the strongest original movie on all of television for 2020 across key demos,” and the film was a top social trend during its initial airing.

Congrats all around to Raven Goodwin!