GOSSIPONTHIS.COM Viral Videos Guy Goes Off on Girlfriend After She Says She’s Really a Man... 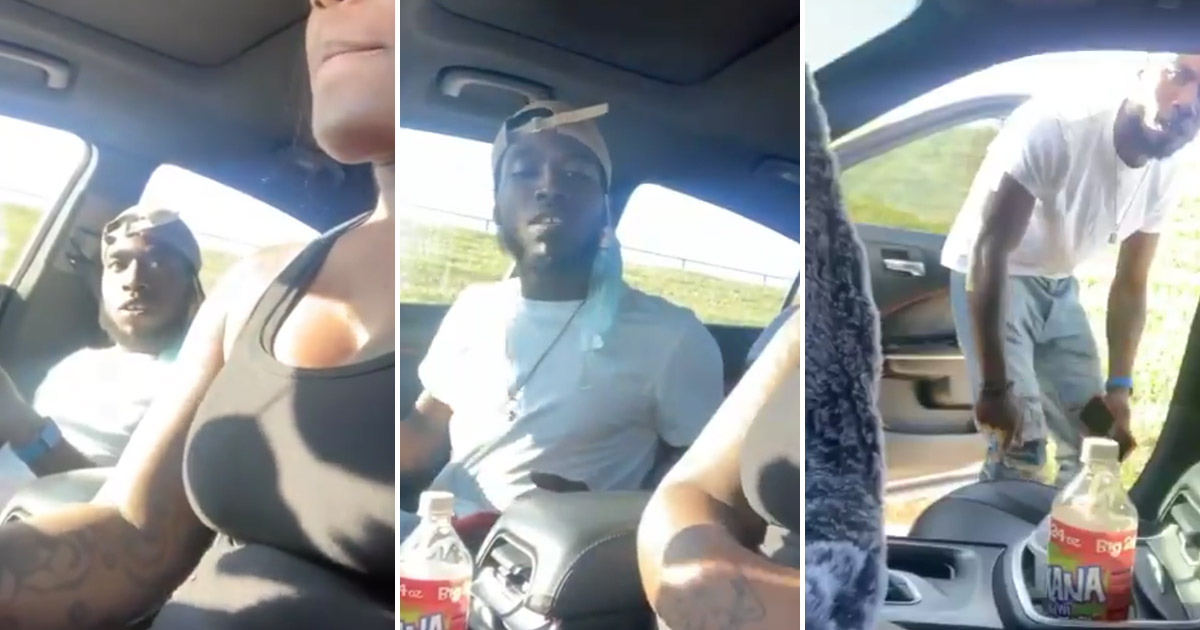 Just when you think you’ve seen it all…

A guy got the shock of a lifetime when his girlfriend revealed to him that she’s really a man.

In footage captured of her “breaking” the surprising news, the two are seen riding in a car laughing and joking when all of a sudden the woman mentions she’s going to get gender reassignment surgery after the coronavirus pandemic is over.

With a confused look on his face, the guy asks his girlfriend to repeat what she said, to which she responds: “Why you think we wasn’t having sex? You think I was just telling you no just because?”

The guy responds back to her telling her to quit joking, but little does he know it’s not a game.

“Don’t play with me like that. I will beat the piss out you. I thought you were just a nice little church girl,” the guy says.

The woman explains to him that she is getting surgery on May 1st and that her having a penis is no big deal.

“No, I’m really getting a gender change. It’s going to get taken care of on May 1st,” she says in the video.

In response to this, the man instantly demands that the woman stop the car and pull her penis out to show him it’s real. And she does exactly that in the video!

After she pulls it out on him, the man loses it and hops out of the car before threatening to shoot the woman.

The woman begs the man to get back in the car and chases after him as he runs off. But homeboy wasn’t having it.

By then, the man is seen on camera calling someone to pick him up. Whoever he called he also told them the news about the woman having a penis.

“That’s why I didn’t f**k that hoe. That hoe got a d**k son,” he tells the person on the phone before the video ends.

I swear I was thinking that, her titties sit to natural and her voice to feminine to be a actual man

Obviously cause it came out hard

It look fake I was just saying that! ??? she a prank queen if this is a joke

Definitely! Ain’t no way she sitting in the car on hard like that and recording. Fuck out of here lol

Prank or not … we don’t recommend trying this at home. Black trans women are out here getting killed for waaaayyy less!