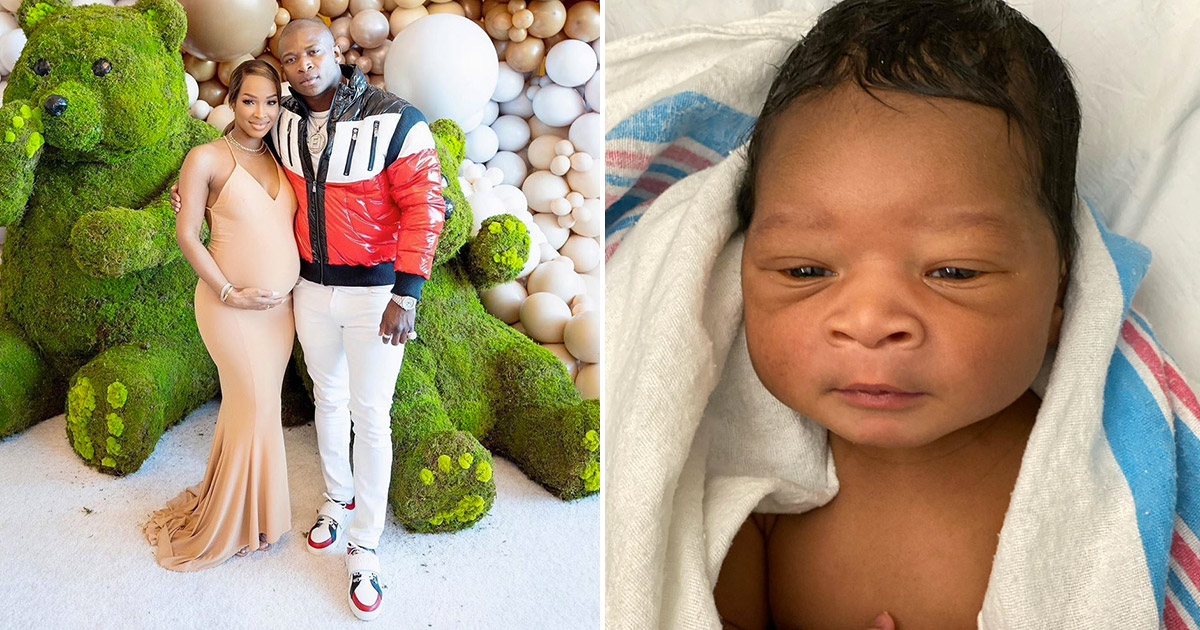 Malika announced Monday that she’d given birth over the weekend (Sat, Mar. 14), posting an adorable photo on Instagram showing the infant’s tiny fingers resting in her and O.T.’s hands. She captioned the pic: “Ace Flores 3.14.2020.”

But O.T. took the birth announcement a step further by releasing the first photo showing off the newborn’s face … and he looks just like his daddy!

O.T. has another son from a previous relationship named Genasis, who will celebrate his 10th birthday on March 24th.

Malika first announced her pregnancy back in September 2019, but initially chose not to disclose the child’s father.

“I have always wanted to be a mother and it’s still a little bit surprising but I’m overjoyed!” she told People at the time. “I’m a very emotional person anyway, but this is another heightening of emotion … I feel really good about where I am in my life being pregnant now.”

While it was widely speculated that O.T. was the father, Malika confirmed the rumors at her baby shower back in February, which was thrown by her longtime best friend Khloe Kardashian.

“I’m incredibly thankful to Odis Flores for my little boy,” Haqq said of her ex-boyfriend in her speech.

The rapper also confirmed the news on Instagram, sharing a photo from the event and captioning it: “My son on da way … Give me a baby name now … GO!!!”

Despite Malika and O.T. no longer being romantically involved, they are both committed to being the best co-parents for their son.

“Relationships don’t always work out the way we would hope but between love & friendship we have created a baby boy that will be here very soon,” Malika shared on Instagram back in February after her baby shower.

“I’ve been single the last 8 months but I am in no way alone. OT and I have attended every doctors apt and over all loved on our son together while anticipating his arrival.

“My priority over the past few months has been to nurture and protect my unborn child. Our baby would not be who he is without his father and I thank God for the spirit that grows inside of me. Only thing that matters, we are Baby Flores parents.”