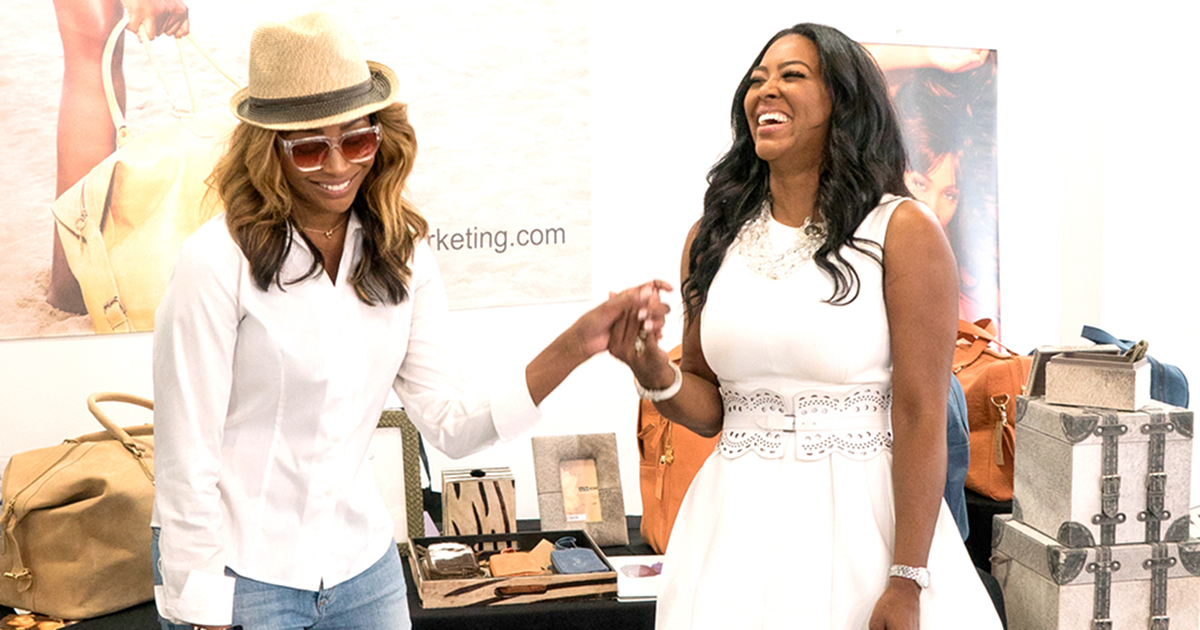 The heat apparently got too hot for one star of the Real Housewives of Atlanta and she had to get out of the Bravo kitchen.

As the current season twirls on, one of the RHOA ladies has been accused of secretly recording Cynthia Bailey trash talk NeNe Leakes. The recording got back to NeNe, and Cynthia and Kenya Moore want the “snake” exposed.

“That person needs to step up, because you need to be a sly dog and a little snake in front of everybody,” Kenya said. “Don’t bring it up unless you can really show the receipts.”

While it has not been revealed who allegedly recorded Cynthia, a source tells Radar Online that it was “friend” to the show Yovanna Momplaisir.

Yovanna denied the accusation on a recent RHOA episode. However, Radar’s source says the ladies kept “pushing for details” and Yovanna eventually gets outed.

“Of course, Yovanna is the ‘snake’ they all speak of, but she didn’t do it all by herself,” the source said.

The insider says Cynthia and Kenya both refused to film with Yovanna, and it became too much for the newbie—who’s on her second season—to handle.

“Kenya and Cynthia refused to film with Yovanna, so she left the show mid-season!” the source revealed.

And there’s more. According to Radar’s source, it’s not even certain a recording actually exists. “Many believe she made it up to keep filming,” the insider said.

In fact, no cast member or production staff has heard the alleged recording that NeNe claims she heard.

The Real Housewives of Atlanta airs Sundays in Bravo.