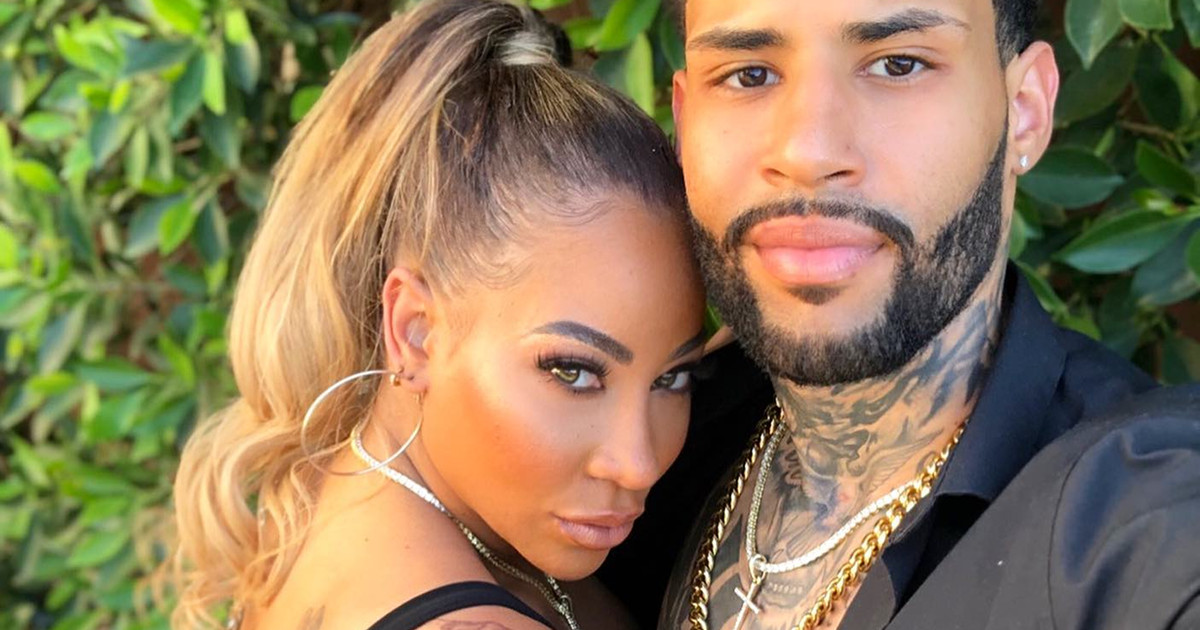 All the rumors are true! Hazel-E has confirmed that she is pregnant with her first child.

The reality star shared the exciting news with her fans on Thursday (Dec. 5) with a series of videos while at an ultrasound appointment.

Her fiancé De’Von Waller was also joyous as he saw the ultrasound images of his first child.

“He put that lil [angel emoji] in my ultrasound. I’m so nervous, happy, and anxious to take this journey but God had a plan when he placed you in my life @devonwallerofficial,” Hazel wrote.

There has been much speculation that the former Love & Hip-Hop Hollywood star was pregnant based on recent photos she had been posting.

In the videos, the ultrasound technician states that Hazel is over 12 weeks pregnant, meaning she has safely made it to the second trimester of her pregnancy.

“I wasn’t gone hide it from y’all forever, just wanted to make sure we secured the [baby emoji],” she explained to her fans.

During a 2016 VladTV interview, Hazel revealed that she had suffered a miscarriage, which partly caused her split from comedian Katt Williams, the baby’s father, and factored in her decision to leave Love & Hip-Hop.

“I was pregnant and it got tricky for me,” she said.k “At the end of the season with being pregnant, I end up having a miscarriage.”

Fortunately, Hazel’s personal life is much brighter as she enters 2020.

Along with expecting their first child together, she and Waller also became engaged in October.

“I’m finna pass out…this can’t be life. Future Hubby,” she wrote on Instagram at the time, while flashing her new engagement ring. “I’m finna be a whole wife?? #GodIsGood all the time.”