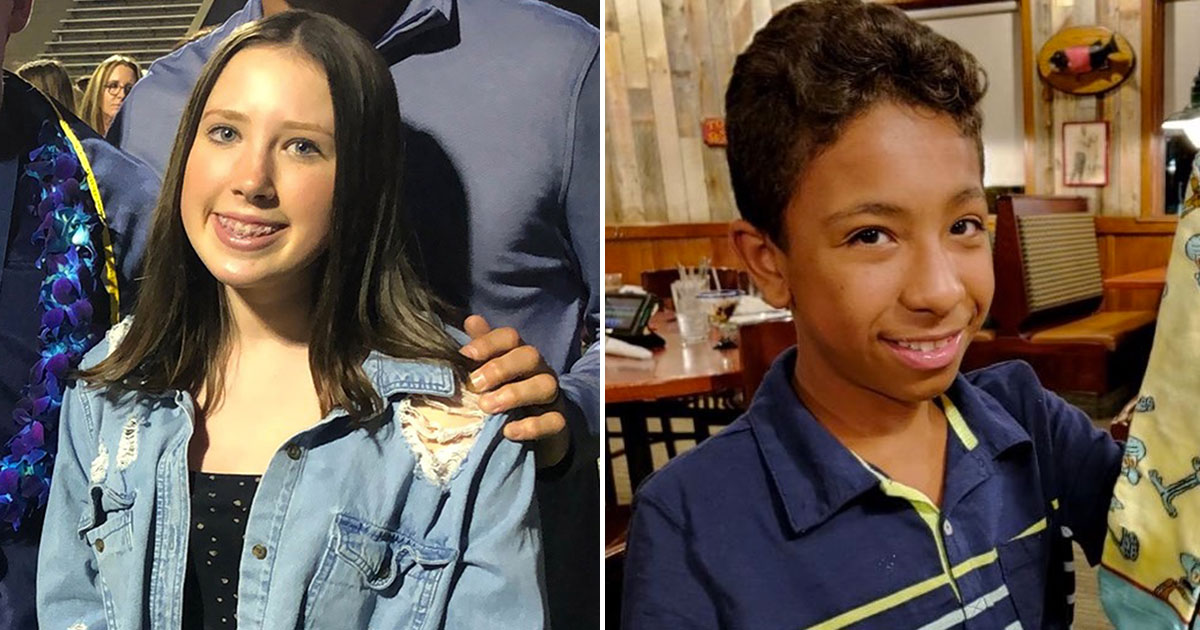 Officials have released the names of the two students who were killed Thursday (Nov. 14) in a mass shooting at a California high school.

A GoFundMe page created for Muehlberger said the teen, who was affectionately called “Sweetpea” by her parents, was remembered for her “vivacious, funny, [and] loyal” personality.

“Our vivacious, funny, loyal, light of our lives, Cinderella, the daughter we always dreamed to have, fiercely strong and lover of all things fashionable—was our best friend,” Cynthia and Bryan Muehlberger wrote. “She is going to be missed more than words will ever be able to express.”

On Blackwell’s GoFundMe page, he was remembered for his “goofy laugh, cheesy smile, and a huge, caring heart.”

His page reads: “On November 14, 2019, this world lost a bright, shining light. He was taken from his family and friends in the most senseless of ways. His three brothers will miss their big brother greatly, and his parents’ dreams for him will never be realized.

“Dominic’s family needs this time to pull together and mourn this unexpected loss. The family wishes to express appreciation for all of the love and support of the community in the aftermath of this tragic event.”

A friend and former teammate of Blackwell’s remembered him on Twitter for “always smiling” and “making people laugh.”

“Today a lil guy with a big heart lost his life in the Saugus Shooting,” wrote Anthony Martinez. “He was always smiling making people laugh, always positive, he was the sweetest kid ever and such a good kid. We need more people like you…”

Today a lil guy with a big heart lost his life in the Saugus Shooting. He was always smiling making people laugh, always positive, he was the sweetest kid ever and such a good kid. We need more people like you long live dominic blackwell, love you?? #LLDB #santaclaritashooting pic.twitter.com/lAE7lfImJM

“You brought joy to many peoples lives including mine,” one classmate shared. Another added: “I do know you touched many lives. I’m so sorry for what happened and I wish it didn’t happen.”

“Your smile was beautiful and you are so stunning,” another friend added. “I’m so sorry your life was cut so short but you will live on.”

Another classmate wrote: “Thank you for the fun and laughter we had throughout the years. I will continue to cherish our memories and hold on to our friendship forever. You will be missed greatly.”

As of Friday, one of the three surviving victims, a 14-year-old boy, had been released from the hospital, while the other two, girls aged 14 and 15, remained hospitalized in stable condition. They’re expected to make full recoveries.

Berhow, who had just turned 16 years old the day of the shooting, died in the hospital Friday from a self-inflicted gunshot wound to the head.

Authorities haven’t revealed a motive for the attack.

Police said Berhow, who was a Boy Scout and a member of the school’s track team, didn’t leave behind a diary or manifesto, and he hasn’t been linked to any violent ideologies or groups.

Berhow’s classmates said he was a “good student” and he acted “totally normal” in the days leading up to the shooting.