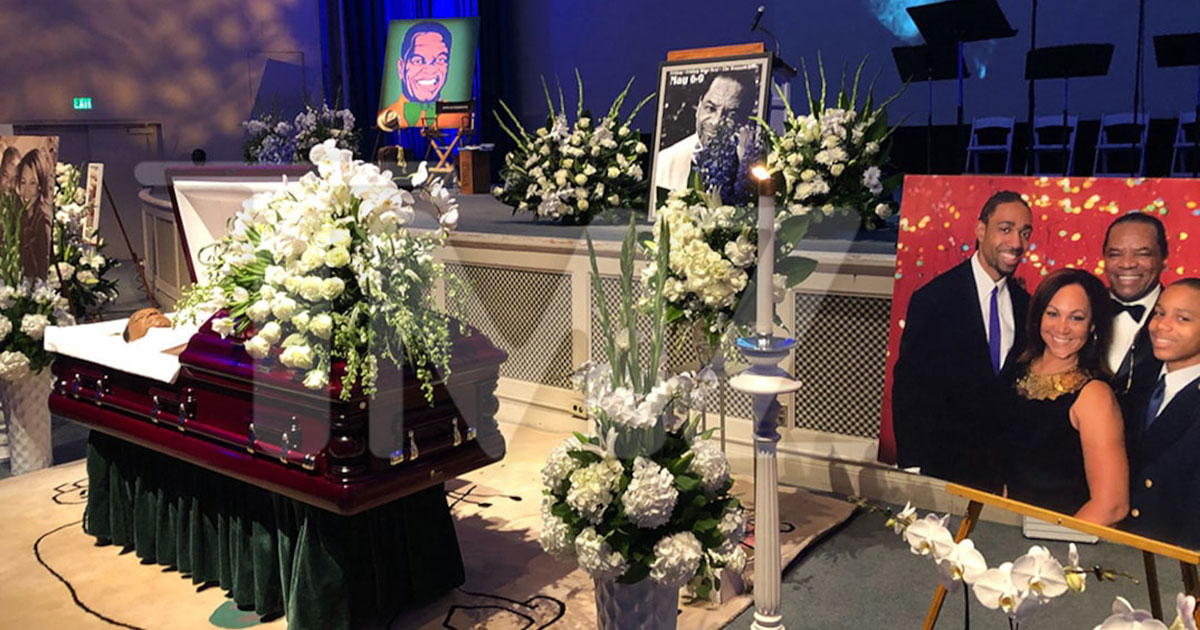 John Witherspoon’s family and friends gathered in Hollywood Tuesday (Nov. 5) to celebrate his life and to say goodbye one last time.

Photos and video footage obtained by TMZ show the late comedian’s open-casket memorial service that was held in Los Angeles and attended by a number of celebs.

Witherspoon’s longtime friend David Letterman commenced the service, which was followed by touching tributes from a number of John’s other Hollywood friends, like Ice Cube, Cedric the Entertainer, George Wallace, Shawn Wayans (who also filled in for his brother Marlon who couldn’t make it), and more.

RELATED: Marlon Wayans is “Broken” About Not Being Able to Attend John Witherspoon’s Funeral

Shanice opened the service with a rendition of “Don’t Cry for Me” while Chante Moore closed things out with “Ribbon the in Sky.” Pastor Marvin Winans gave the Eulogy. 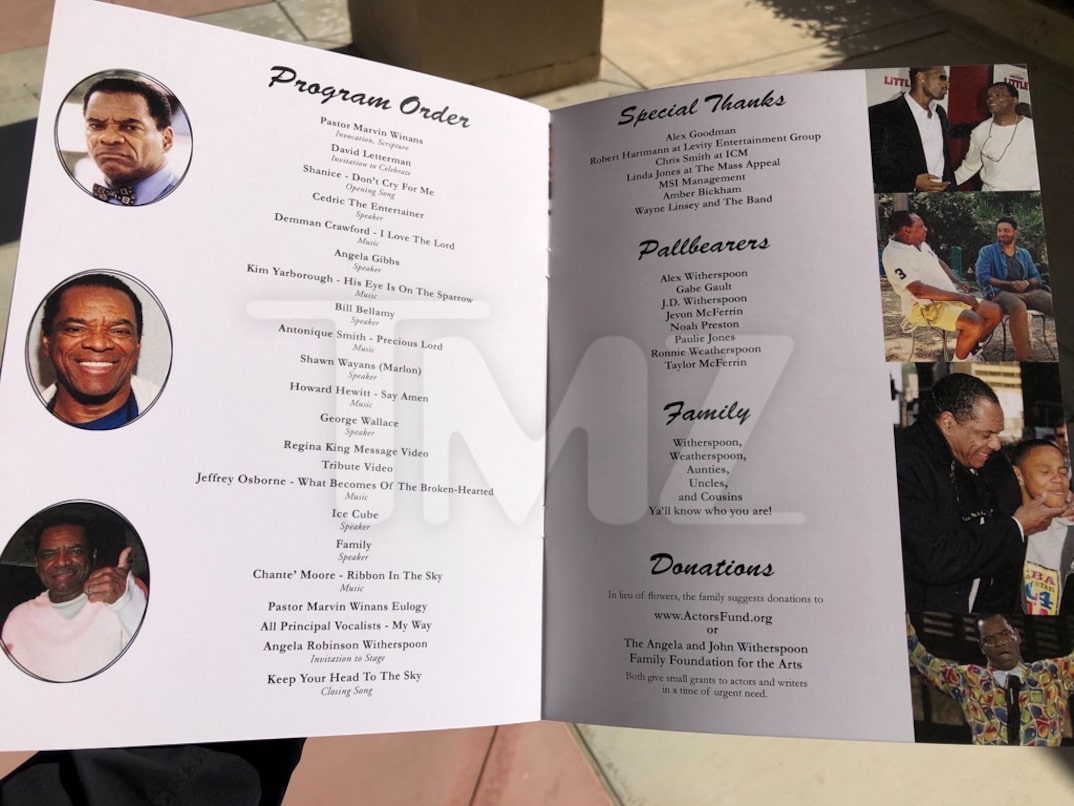 Regina King, who starred alongside John in The Boondocks as the voices of his TV grandsons Huey and Riley Freeman, wasn’t able to attend, but she did send a video message that was played on the big screen, TMZ reported. 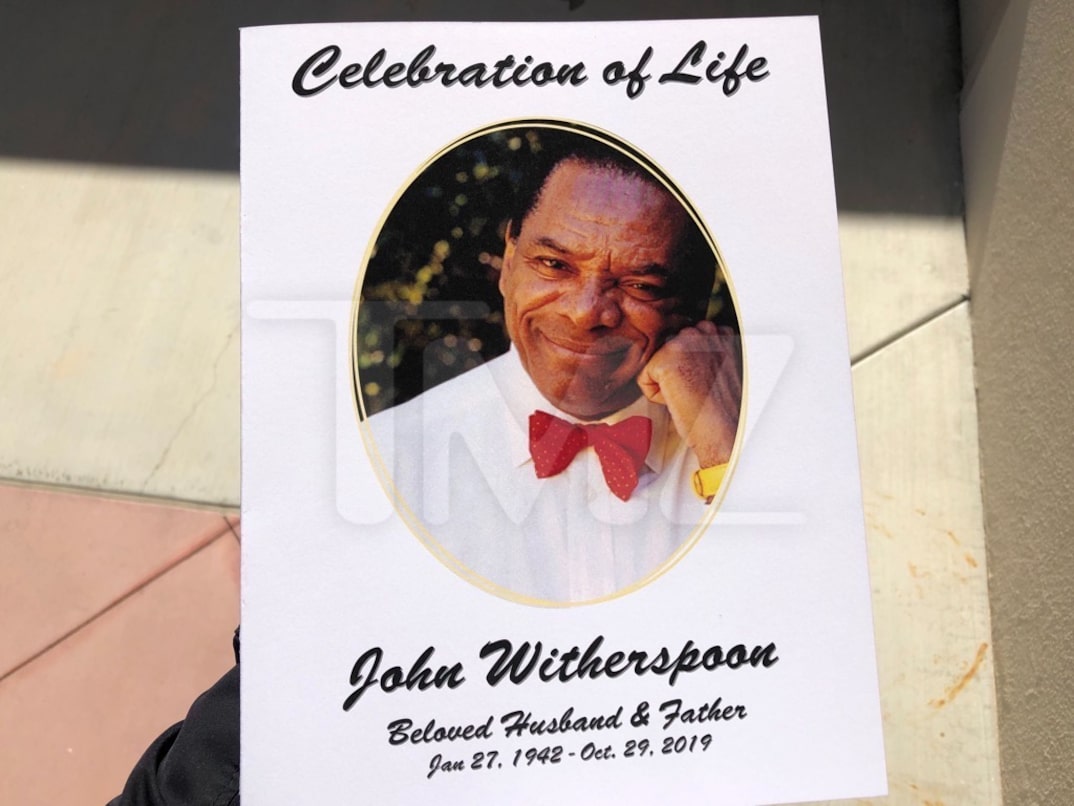 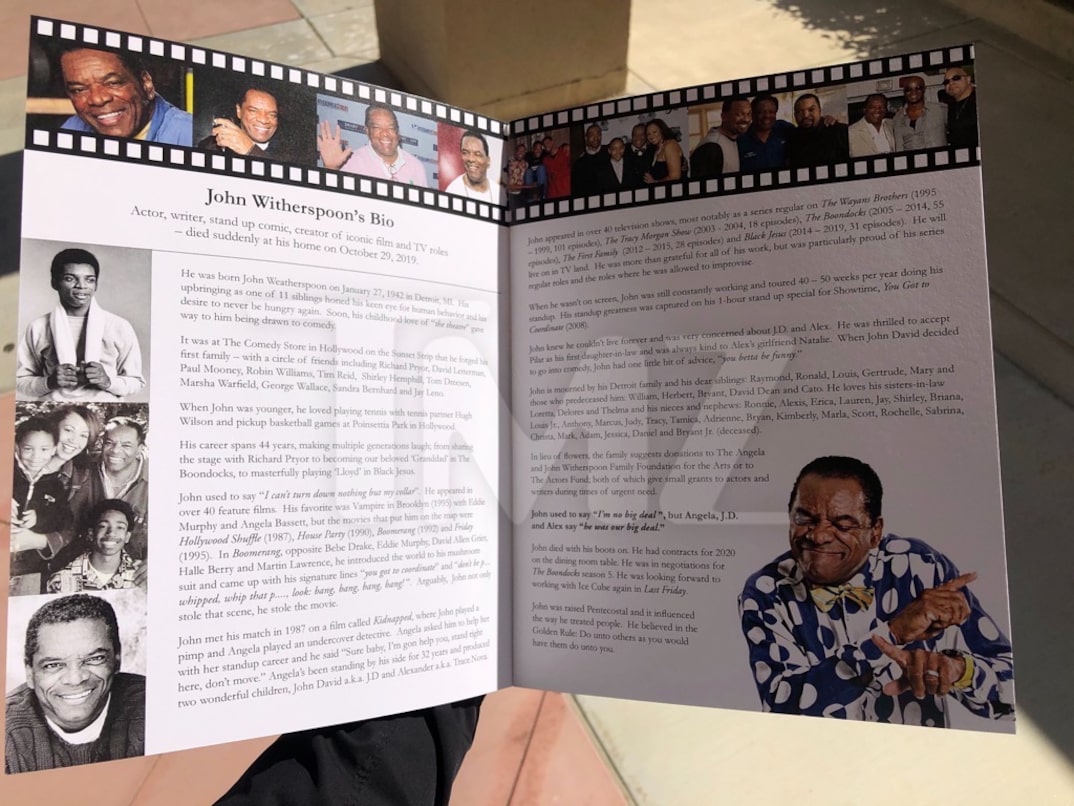 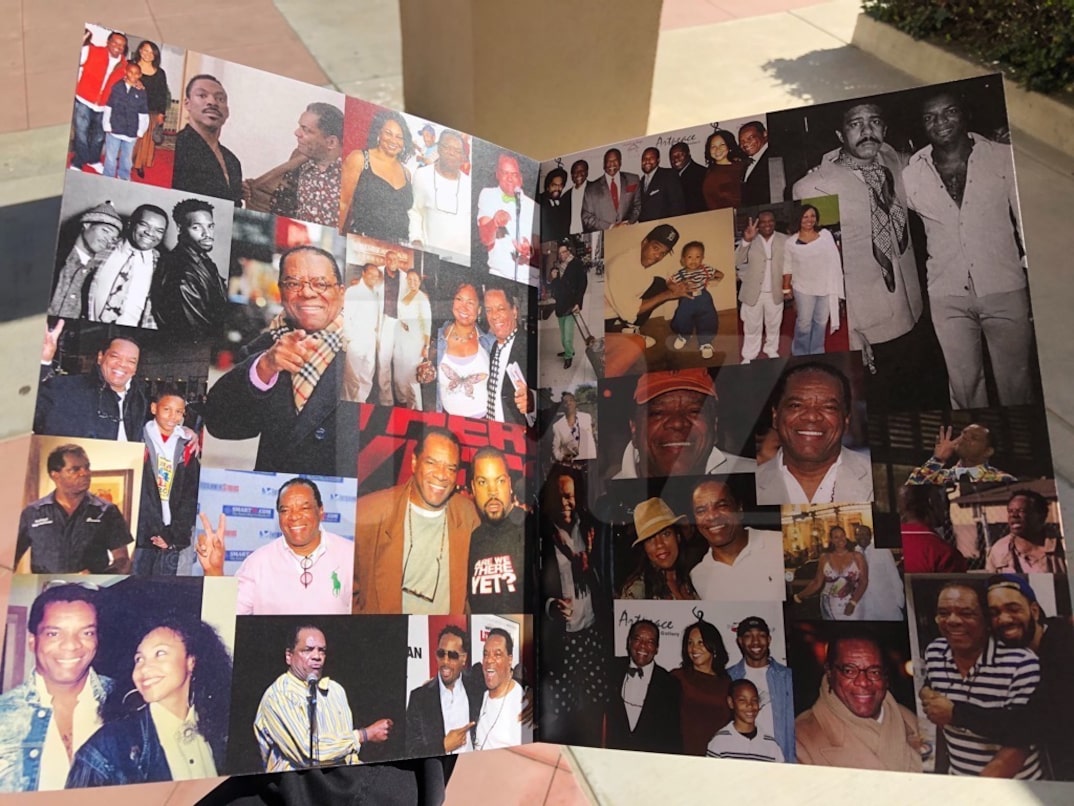 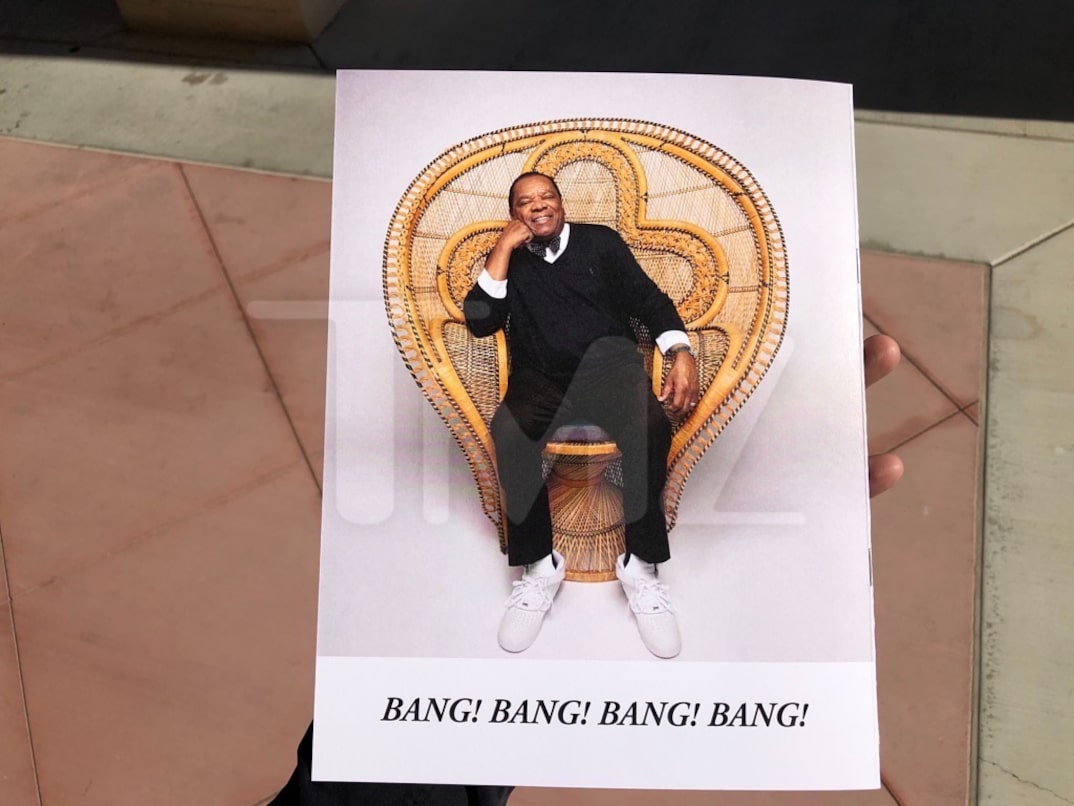 Guests at the service also received a colorful program with photos of John and his friends and family. The back of the booklet even included one of his most iconic lines from Boomerang and The Wayans Bros … “BANG! BANG! BANG! BANG!” 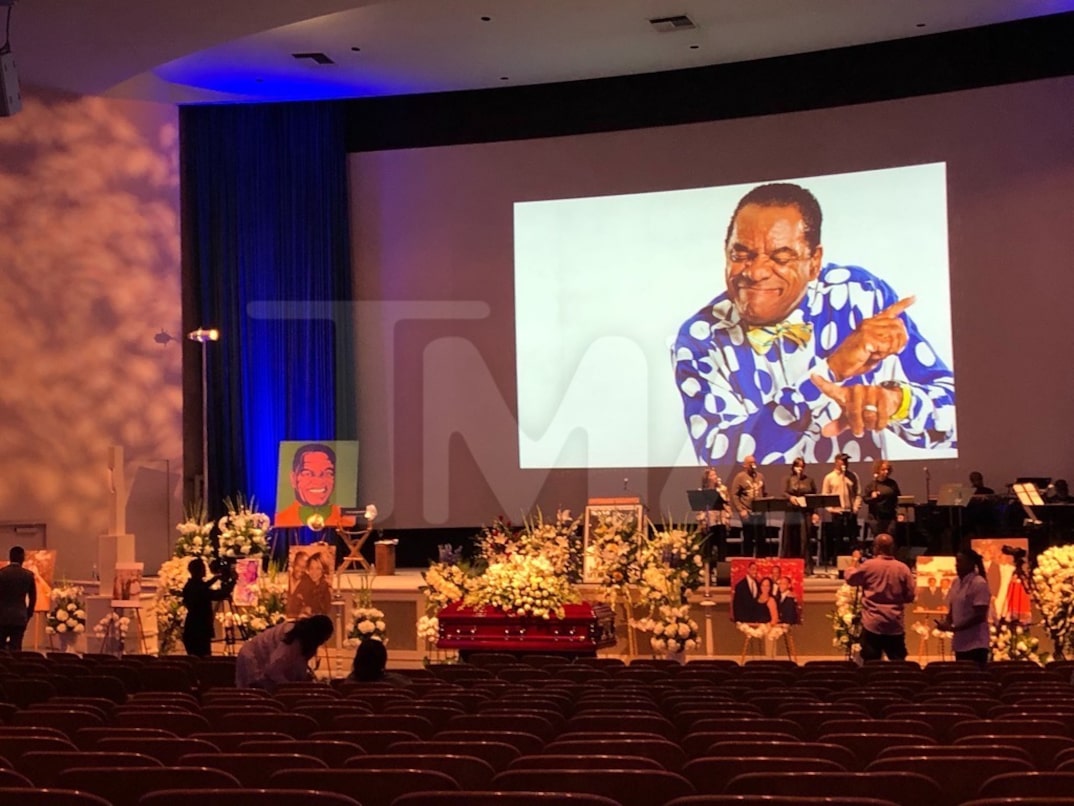 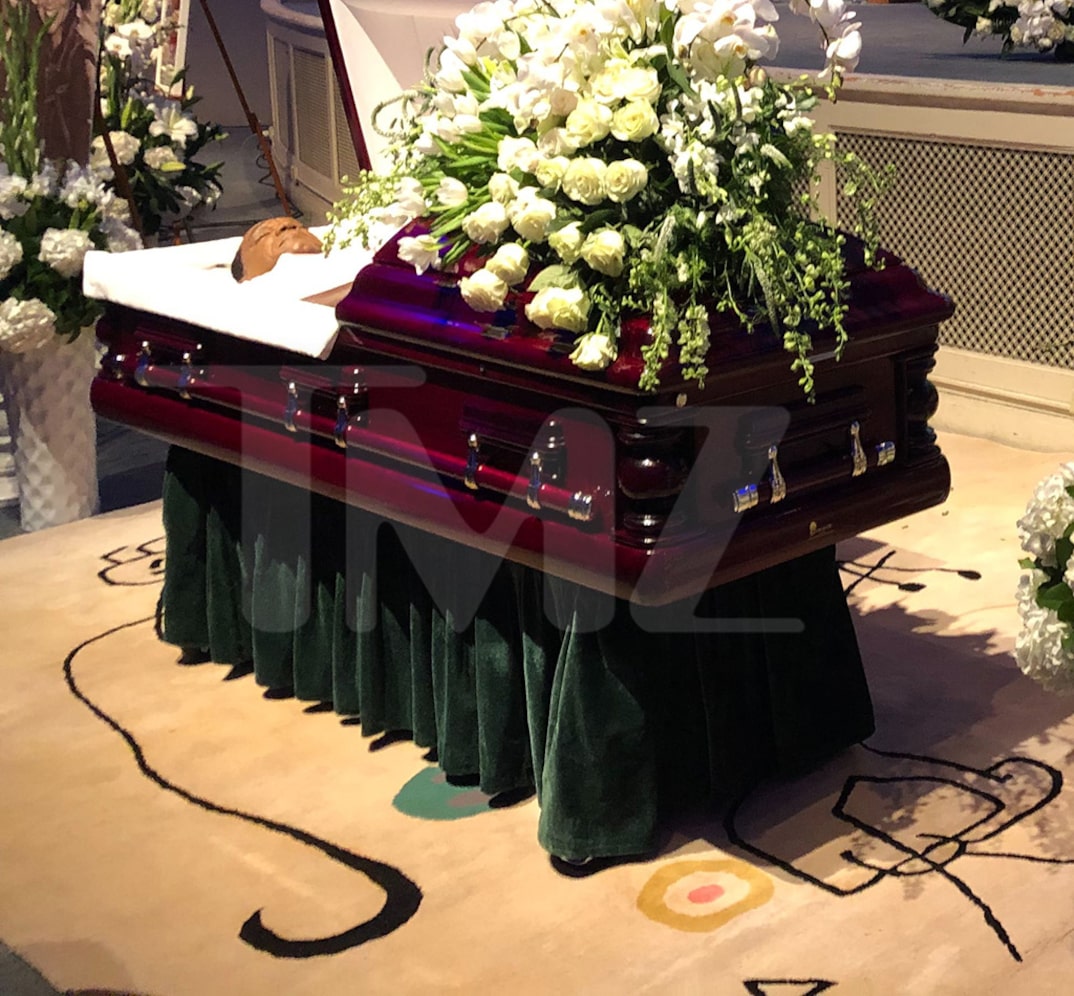 John Witherspoon died at 77 years old Tuesday (Oct. 29) after going into cardiac arrest at his home in Sherman Oaks, California.

His family is asking in lieu of flowers, donations be made to The Actors Fund or the Angela and John Witherspoon Family Foundation for the Arts.